How AI is helping to improve Robotic Arms 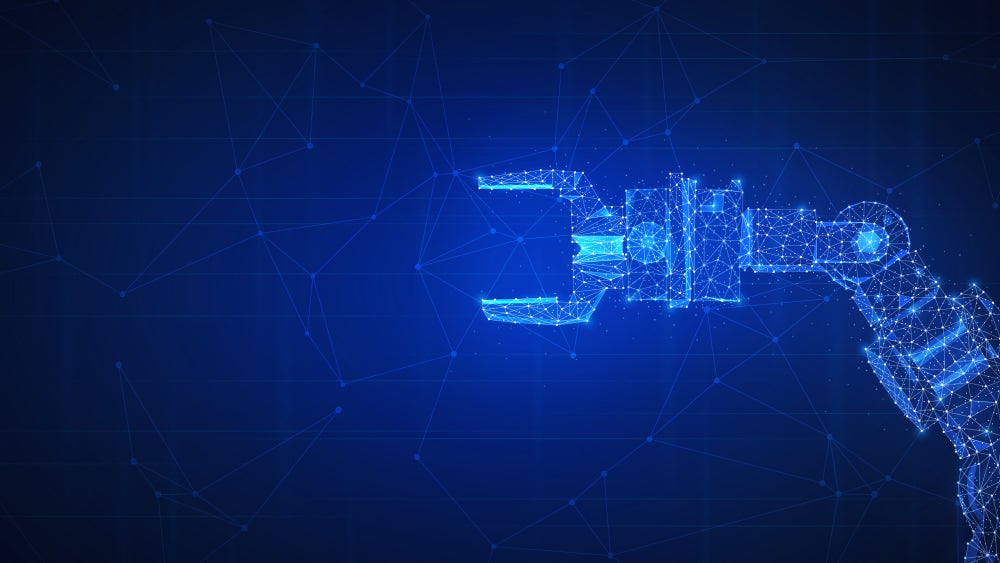 At Rootstrap, we often argue for AI’s incredible potential to benefit us all. Nowadays, we have already integrated AI into many facets of our everyday lives. We can unlock our phones with our faces, using AI.

When scrolling through Facebook or Instagram, we see interesting content recommendations, thanks to AI. And we find the best route anywhere we want to go with AI pathfinding algorithms on Google Maps and Waze.

Unsurprisingly, many robotic applications also rely on AI to perform complicated and intricate tasks. Not only is AI expanding the uses for robotics, but a recent Stanford report has show how AI is reducing the cost of robotic arm production.

As robotics become more affordable and more capable, many major corporations, such as Amazon, have begun investing heavily in robotic technology.

In this article, we will cover in detail how robotic arms work and how engineers combine them with artificial intelligence to create many useful devices for manufacturing, healthcare, and the common household.

How does a robotic arm work?

Robotic arms mount to a stationary base, which often has a step motor to swivel the arm along the vertical axis. Attached to the end of the arm, a device called the end effector serves as the robot’s hand and performs a specific task, such as cutting, welding, painting, or gripping.

Additionally, every robot arm requires software to determine what task it performs and how it moves. Many robotic arms have set programs for a specific, unchanging task such as screwing two components together.

In contrast, AI refers to any intelligent decision-making or problem-solving algorithm that perceives its environment and adjusts itself to better perform a particular function.

The intelligence component in AI derives itself from the techniques used to improve the performance of a given task by learning from data sets or previous attempts. AI algorithms normally mimic human problem-solving processes.

For example, neural network algorithms use collections of dynamic, decision-making nodes that resemble the neurons and neural pathways in the human brain.

How artificial intelligence is useful in robotics?

Plenty of robotic arms do not use or even need AI. For tasks that do not require any problem-solving or learning, AI is not necessary. In these cases, the robot can use the same program to perform the same procedure again and again. However, for more sophisticated operations, AI allows the technology to perform intricate and dynamic tasks, often with superhuman accuracy.

Other robotic arms that perform welding and cutting operations for product assembly also rely on AI to adapt to the smallest micro-level tolerances in each component. Because each set of components may need to be cut and welded slightly differently, AI helps the robot change its approach each time it performs a task to produce the best product.

Demonstrating the full capabilities of artificial intelligence and robotics, one team of engineers developed Ai-da, an ultra-realistic humanoid robot that uses cameras, AI, and a robotic arm to paint and draw intricate pictures. Her artwork reveals the power of AI to perform not only productive tasks but artistic ones as well.

How are robotic arms made?

Building robotic arms to perform sophisticated and useful operations requires a considerable amount of engineering. The development process can be divided into the following stages:

In the first stage, designers will assess the purpose and functionality of the robot they wish to develop and construct digital 3D models of its various components. Afterward, they use CNC machines, 3D printers, and other machinery to manufacture the components for assembly.

As the robotic arm’s mechanics are designed, programmers work on the robot’s software. The programming determines the particular task the robot will perform and how it will complete it. If developing an arm to perform a complex, changing task, developers will likely implement artificial intelligence to improve its accuracy.

Once the components have been manufactured and the software completed, engineers begin assembling the robotic arm for production. First, they construct the base to serve as the arm’s foundation. Next, they attach all the moving parts, including joints, segments, and motors, followed by the end effector. Finally, they wire all the electronics together, and the robotic arm is ready for work.

Different robotic arm designs allow for different ranges of movement and suit certain tasks better than others. Though as you will see, the versatility of these robots means many of them can perform the same operations. Below, we will describe common types of robotic arms and how they are used.

Cartesian robotics arms move on the cartesian plane, or the x, y, and z axes. Devices, such as CNC machines and 3D printers, have cartesian designs, which allow them to accurately interact with components and materials in a 3D space. Other cartesian robotic arms perform tasks such as arc welding, product assembly, and pick and place work.

Cylindrical robotic arms also have three degrees of freedom but move in a cylindrical range rather than a cubic one. They rotate at their base, move up and down the y-axis, as well as back and forth along the z-axis. Their applications include assembly and spot welding.

Polar robotic arms perform operations in the polar coordinate system. They rotate at two joints, the base and shoulder, and move horizontally back and forth at the third joint, allowing for a spherical range of movement. Manufacturers typically use these arms for handling machine tools and welding.

SCARA or Selective Compliance Assembly Robot Arms, rotate at the shoulder and elbow joints and provide a small range of movement along the vertical axis. Although well-suited for high-precision electronics assembly operations, these arms have a small range of movement and can be very expensive. Other applications of SCARA include pick and place tasks, handling machine tools, and product assembly.

These robots arms closely resemble the human arm and have six degrees of freedom, providing much more range, flexibility, and versatility than other designs. Although difficult to operate, articulated robotic arms can perform a wide variety of simple and complex tasks, including lifting, picking and placing, welding, painting, cutting, and product assembly.

The different combinations of software, arrangement and number of joints, and the end effectors, allow robotic arms to perform several operations. Below, we list common uses and applications for robotic arms.

Factories have used robotic arms extensively for manufacturing automation, as they can perform repetitive tasks with more speed and accuracy than their human counterparts. Factories also implement robotic arms for tasks, which could be harmful to human workers such as painting with toxic paints. Common operations for industrial robotic arms include:

Many companies have begun using AI-based robotic arms to help with packing and distribution operations. Typically equipped with a gripping device, these robots pick up items from bins, recognize them, and place them into a package or sort them into another container. One such robotic arm, produced by Nimble Robotics Inc., performs packing tasks with 99% accuracy—just as good as a human, but working more shifts without pause.

With recent labor shortages and growth in e-commerce, the warehouse automation market has grown significantly in the last few years. The market research firm Interact Analysis estimated the market for warehouse automation to be around $36 billion last year, and they project the robotic picking market to reach $1.34 billion by 2025.

AI-driven robotic arm devices can now be found in several warehouses and factories, packing bread for Bimbo Bakeries Inc., as well as sorting orders for companies like Best Buy and Victoria’s Secret. But robotic automation has only just begun.

Several robotics companies continue to develop and innovate AI-powered robotics technology. One such project, ARAS uses computer vision and a variety of sensors to learn from a human how to perform an operation and then repeat it on its own.

As the healthcare system increasingly implements AI in various apps and services to provide better care, they have also begun researching how to use AI-based robotics to help those with disabilities. A team at the University of Pittsburgh is currently developing a robotic arm that reads signals from electrodes implanted in a user’s brain to control the robot with their mind.

Moreover, the brain-controlled robotic arm also sends stimulation signals back into the controller’s brain, so they feel sensory feedback from the robotic hand as well. To learn more about the technology that powers brain-controlled devices, check out our article on detecting and interpreting neural activity with machine learning.

Although the previously mentioned brain-controlled robot arm is only operable in the lab and is not yet portable, other prosthetic robotic limb devices are available and being used by various people. One such individual, Jon Noble, a former paratrooper paralyzed from an accident in 2003, now uses the JACO assistive robotic arm to perform everyday tasks, controlling the versatile arm with a chin-controller.

In the COVID-19 pandemic, several hospitals around the world began employing robots to help with patient surges. Some robots administered COVID tests or delivered medicine and food to patients. The robots helped reduce physical contact between patients and health care professionals, as well as automate work to free up doctors and nurses for other tasks.

A South Korean startup recently released the Huenit, a personal assistant robotic arm that helps with household chores and creative tasks. By switching the end effector to one of several compatible devices, users can have the Huenit 3D print models, engrave wood and aluminum, draw pictures, and even stir a pot of soup.

Other robotics hobbyists have constructed and programmed their own robotic arms with Arduino and Vex microcontrollers. You can even purchase robotic arm kits, such as the Owi Robotic Arm Edge kit, to build and program your own.

In the last few years, we have seen how AI has not only added new functionality to the apps and services we use every day but also begun to drastically increase the capabilities of robotics technology.

Currently, AI-based robotic arms can help automate industrial work, support hospital patients and individuals with disabilities, and assist us with household chores. But, we expect that the potential scope of AI-based robotics applications will only increase with future innovations.