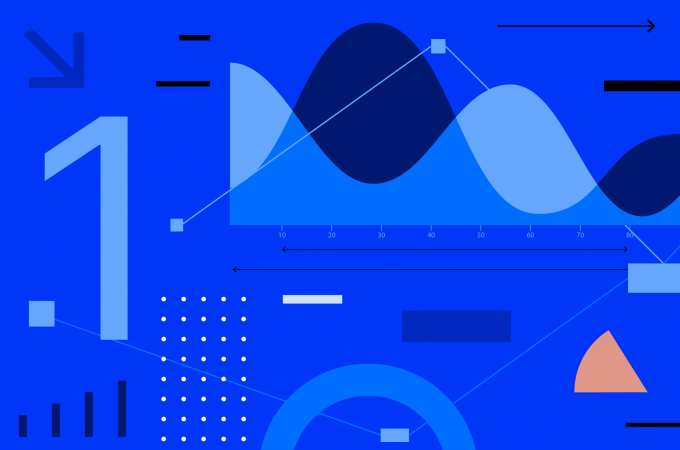 Understanding how the algorithm operates gives you the option of configuring the model according to what you need, as well as explaining with more confidence the results obtained from the execution of the model.

This article provides a very brief summary that tries to list all basic statistical concepts necessary to face machine learning problems. The article is presented schematically, as the main purpose is to get familiar with terminologies and definitions that are used in machine learning algorithms.

In addition, we will be providing basic information about distributions, as well as explanations for statistical concepts such as the Statistical hypothesis test, used for answering questions about sample data and validating assumptions, for instance. Moreover, we will also discuss sampling distribution and the relationship between variance and bias.

To get started, we provide an outline of definitions about probability and matrices.

Firstly, some probability terms are described. Those terms are being used then to explain the fundamentals of the machine learning algorithms.

A random variable describes the probability for an uncertain future numerical outcome of a random process. It is a function that maps an outcome of a random experiment to a numerical value. Understanding this concept is fundamental for statistics, machine learning algorithms and simulations.

Standard deviation:it is the square root of Var(X).  It is denoted as x

λ is a scalar, the eigenvalue of A

Any nonzero multiple of x̄ will be an eigenvector

What is a Distribution?

A triangular distribution has a lower, an upper limit and the mode value.

Kurtosis measures extreme values in either left or right tail. It measures whether the data is heavy-tailed in comparison with a normal distribution. When there is a large kurtosis, the tail exceeds the tail of the normal distribution, and It means that the dataset has outliers. Whereas data sets that have low kurtosis tend to have light tails, or lack of outliers.

The inter-quartile range is the difference between Q3 and Q1, and the 2nd quartile is the median.

Now let's take a look at some explanations for statistical concepts, as well as sampling distribution, and the relationship between variance and bias.

States a hypothesis that provides the confidence level for the calculation of a quantity under a certain assumption. Commonly, the assumption is about a comparison between two statistical data or a sample against the population parameter. The result of the test allows us to interpret whether the assumption holds or has been violated. The assumption of a statistical test is receives the name null hypothesis or H0.

Type error I and II:

There are two different types of errors (type I and type II). Since p-value is based on probability, there is always a chance of making a mistake about the conclusion of accepting or rejecting the null hypothesis. The chances of making these errors are inversely proportional: it means that if type I error rate increases, type II error rate decreases, and vice versa.

Sometimes in machine learning problems we have a lot of data, so we cannot use all the data. Therefore, we use sampling to extract a group of data from the total.

Sample size: do not get confused!, larger populations do not require larger samples.

Stratified random sample: divides the sampling frame into subsets before selecting the sample.

Sample size condition to be normally distributed: in function of k4, kurtosis:

Control limits - sets boundaries that determine whether a process should be stopped or allowed to continue in a control chart. It is a graph in function of time.

By these limits, you can find a balance between errors type I and II. You cannot reduce both errors by moving limits. For instance, in a normal distribution, the limits are the mean +3/-3 standard deviation.

Central Limitorial Theorem: if the sample size is large enough the shape of x̄ is normally distributed regardless of the distribution of the population. Where x̄ is the sampling distribution for the mean.