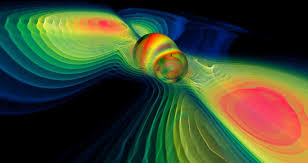 Simulation can be used for emulating situations. It is used to simulate systems to be studied. This can be applied in any kind of system, banks, supermarkets, biological systems, traffic, etc. It can also be used to generate data with certain characteristics, either to complete missing information, to generate data more “similar” to the original one, or to generate “fake” data to be detected by your model.

An application of Monte Carlo simulation is New Product Development. It corresponds to the elaboration of a plan to invest in a new product, hoping to get a return in the future after a certain amount of years. Net Present Value (NPV) refers to the difference between the value of cash now and the value of cash at a future date. With Monte Carlo, we can simulate the process.

Another assumption is that the transition probability does not change over time. Thus, the transition from time t to time t+1 depends only on the value of Xt.

Transition matrix: it is a table which indicates the probability

. For each transition, represents the graph into a matrix. Form example:

The transition matrix is useful to find the following steps’ probabilities. For instance, if you want to find

. This can be done by multiplying the transition matrix by itself n times, where n is the amount of steps further that you want to go, in this case 2.

A discrete-event simulation (DES) models the operation of a system as a discrete sequence of events in time. Each of the events occurring at a particular instant in time and means a change of state in the system.

A DES has the following key components:

The system is simulated for a certain amount of time. Results can show the usage of the resources and make decisions based on how to optimize the available resources, or detect if it is necessary to get more resources.

In input analysis simulation is used to generate more data. The idea is to determine the distribution of the data in order to simulate it. There are some techniques to fit your data to several distributions and compare parameters to see which distribution is the best fit. This might be useful when you have missing values or you have very little data.

Simulating data can be helpful in many areas. You can simulate different situations to be analyzed, and find optimizations or improvements in the systems that operate those situations. You can generate more data that can be used in many ways, either to simulate incoming data to test a product, to fill missing information or to test your machine learning model.

AI
machine-learing
simulation
Back to Blog