Web3.0 - The disruptive evolution of the Internet Paradigm 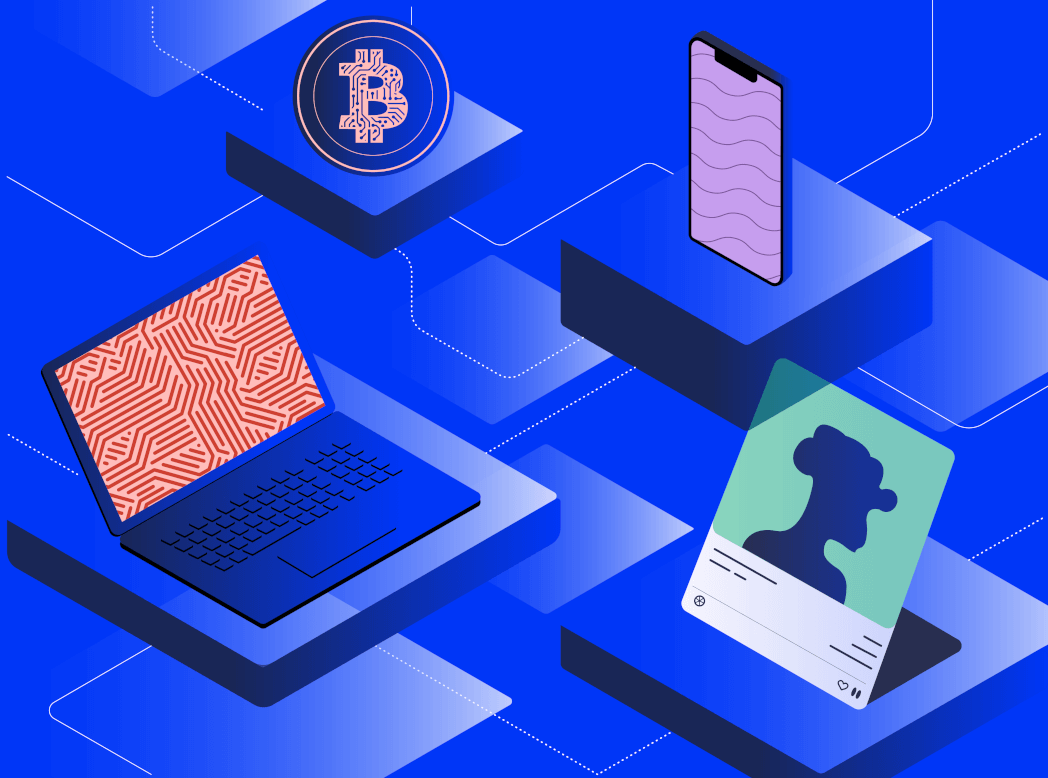 One of the most important western philosophers of all time, Aristotle once said - “Man is by nature a social animal”.

Since the beginning of society, humans have tended to live and grow together in their communities and as by nature, we are always wishing for the best for our family, friends, and relatives.

People used to live in small villages and these were strategic points where locals could trade value and information to others. But time passed and these villages evolved into urbanized cities and towns where populations grew rapidly.

In addition, these places operated as a front door for all of the people who lived nearby and who were willing to transact value and information along with their fellow citizens.

Once again, the world evolved and society started to merge globally, and this allowed for big corporations to trade around all the world. However, everyday people were left out. That is until the internet appeared in all its glory.

With advances to the world wide web, people could now also participate, and this paved the way for Web1.0, and its evolutionary predecessor Web2.0 to appear on the digital landscape.

Between 1992 and 2004, we witnessed the Web 1.0 era, and at this time most online pages were static or as the online community at the time said, “read-only” pages.

Then social media appeared, habits changed, and web pages started to collect user info to in turn provide them with information based on their tastes and interests. This was the beginning of the Web 2.0 era, spanning from 2004 to now.

With Web2.0, people were able to transact information and value, but they did so via a third party, albeit still a great enhancer of globalization. The problem with Web 2.0 is that there was an abuse of user info and privacy o, which then led to high intermediary costs.

And all of this then brings us to the arrival of Web3.0 (also known as Web3), with the principal aim of reversing all of these unwanted issues.

Web 3.0 can be defined as the following:

“Web 3.0 enables a future where distributed users and machines are able to interact with data, value, and other counterparties via a substrate of peer-to-peer networks without the need for third parties. The result: a composable human-centric & privacy-preserving computing fabric for the next wave of the web.”

This essentially means that the online paradigm has changed, with the main aim of Web3 making users owners and not products. This is achieved by using decentralization to avoid third parties, and cryptography to protect data.

By using blockchain and AI technologies as tools, Web3 allows you to transact value and information just like how we do in the physical world (it’s an analogy).

Let's use the example of buying candy in a shop. When you pay for your chocolate there are two things that happen; you pay a cashier directly without an intermediary and without knowing their identity and viCe versa.

So far, the websites constructed under the paradigm of Web 3.0 have the following benefits:

The paradigm changes, the values change.

One of the key paradigms changes from Web 2.0 to Web 3.0 is the minds and intentions of those driving this evolution and constructing Web3.

In this new era, some websites and decentralized applications are constructed in the form of open-source projects, and with this change comes the following benefits:

A good cause creates a good initiative

Right now, there are many Web3 projects with good principles being constructed. For example, decentralized financial applications are generally created by developers to help people use tech to effectively manage their assets and improve finances.

As Web3 projects are open-source, the many developers who are eager to improve the code, have learned that being fast is not the only required skill needed.

Creativity, simplicity, and good use cases are just some of the skills that can help a developer's code stand out from the rest and perform better.

As Web 3.0 is currently driving the latest paradigm internet shift, we are constantly getting asked - "what is the difference between Web2 and Web3"?

To help you understand, here are the main distinctions between Web 2.0 and Web 3.0:

As touched on, the tendency of societies has been to evolve and improve the ways in which we communicate. Web 3.0 is the latest way in which we can communicate with each other in the globalized digital world.

The privacy and data issues we saw with Web 2.0, are the driving force behind this upgrade and/or evolution. Web 3.0 is the new online paradigm, with decentralization as its driving force allowing online communities to change their habits.

Are you thinking about joining this ultimate wave, i.e. the future of the internet?