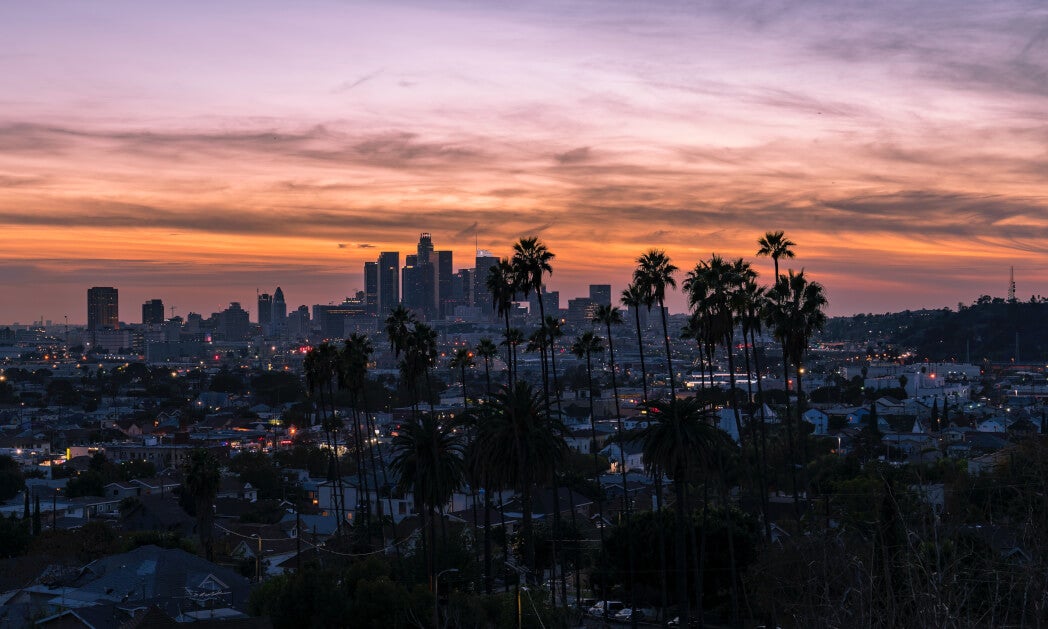 We’ve all heard about Silicon Valley, but many are unfamiliar with its up and coming younger sibling, Silicon Beach. The region is now home to some of the biggest tech companies in LA, and it’s continuing to grow. New technology is developed in Silicon Beach every day, placing the area on the cusp of all the latest tech and entertainment products.

What Is Silicon Beach?

Silicon Beach is the tech capital of Southern California. The area is home to over 500 booming tech businesses and startups. While Silicon Valley is the home of tech, Silicon Beach has attracted a wider array of companies. A variety of cultures and a favorable location have made it an alluring home to hundreds of fashion, tourism, and entertainment companies.

LA’s Silicon Beach is attractive to startups and tech companies for several reasons, but the big ones are cultural — Los Angeles has long been a draw for creative talent, and that includes tech talent. Pricing is also a factor, since compared with Silicon Valley, West LA is remarkably affordable. Engineers command 13% lower rates than their Bay Area counterparts, but thanks to the cost of living difference, they get a higher quality of life for the money.

Office space is also affordable relative to the Bay Area, and high-speed internet is abundant. In fact, Santa Monica is one of only seven locations in California with a city-run fiber network for businesses, and also has dark fiber available for large enterprise operations.

To get a better idea of what SoCal’s tech capital is all about, let’s take a closer look at 20 of the biggest tech companies in Silicon Beach.

Brighter has taken the guesswork out of choosing a dentist. This Santa Monica-based startup works to provide consumers with a transparent view of dentists in their area to help them make informed decisions about their dental care.

They can see if a dental office will accept their insurance and read well-written reviews. Their goal is to provide affordable dental care for those who typically avoid it due to the costs. Brighter wants dental care to be accessible to all, and they’re working hard to make it happen.

Puma Biotechnology is a biopharmaceutical company focused on developing and commercializing innovative drug products to improve cancer care. They hone in on drug products that are currently undergoing or have undergone clinical testing for the treatment of cancer. They endeavor to develop these products for commercial use.

Youtube-certified Zefr is an ad tech company that believes in “non-creepy” targeting, as they put it. They believe in using context rather than cookies to provide clients with effect ad targeting.

Their platform creates brand-relevant ads to give users the content they want to see. With brands like Netflix, Target, and Amazon on their resume, Zefr is making a name for themselves in Silicon Beach.

Within is a company truly looking to the future. They work to create “tools for creating virtual and augmented reality fitness, learning, and entertainment.” Their virtual reality app places heavy emphasis on storytelling and creating real immersive experiences for users.

Play Q has often been referred to as a mobile game empire. Founded in 2007 by two college friends, it has quickly taken over the mobile gaming industry. With high-quality games for iOS, Google Play, Amazon, and Facebook, they’ve held their ground against other mobile game giants out there. PlayQ games have been downloaded over 50 million times, helping to solidify their place in Silicon Beach.

With our busy lives, meditation is one of the last things on our minds. With HeadSpace, you don’t have to sacrifice your vacation days for a meditation retreat.

Founded in 2010 by Rich Pierson and Andy Puddicombe, HeadSpace allows even the busiest people to find time to meditate. Employed by nearly 20 million users, the app offers hundreds of meditations to help improve sleep, anxiety, and stress.

Drones have taken the world by storm, and they’ve changed the way we see it. However, to take flight, you need to have accurate and trustworthy information about the nearby air traffic and weather conditions. AirMap provides this information through its app, giving users real-time information to maintain situational awareness before they take flight.

Not to be confused with the body part, Vertebrae Inc was created to make immersive media more accessible to the public. This tech company delivers augmented reality commerce solutions to some of the world’s biggest brands and retailers. Customers can virtually place art on a wall, a couch in their living room, and try on sunglasses before making a purchase.

FloQast was created by accountants for accountants. Founded in 2013, the accounting software helps corporate accountants close their books more efficiently and accurately. It works directly with Excel and has a smooth implementation process. Through centralized checklists and automated tie-outs, the monthly close process is easier than ever before.

ChowNow is an LA-based food ordering application. It works to connect customers with local restaurants and allows them to order through custom mobile apps. They’ve given customers the ability to order directly from the restaurant’s website instead of ordering through a third-party site that takes commissions. ChowNow even provides restaurants with custom marketing campaigns to bring in new business.

Although it appears to be a simple web extension, Honey helps users save significant amounts of money. Installed on your browser of choice, the app checks to make sure that you are saving money on sites supported by Honey. Automated coupon codes run multiple coupons to ensure that the customer is receiving the best possible price.

Although Snap Inc. three official products under their belt, they are most known for Snapchat. The multimedia messaging app began with sharing short videos that you could send that would disappear after a short while.

They’ve since expanded, including videos, mini shows, and news in the app. Snap Inc. also developed Spectacles, glasses that allow users to record 10-second videos without using their phones. They’re saved to the memory, and you can post them at a later time.

A simple idea for affordable grooming products quickly grew into a billion-dollar company. Founders Michael Dubin and Mark Levine simply wanted to provide the public with high-quality razors that wouldn’t break the bank.

Now, customers can opt for a customized grooming box that will show up at their door. With over 4 million subscribers, it seems that the Dollar Shave Club has certainly made its mark on the grooming world.

Dr. Dre created Beats by Dre in 2006. A desire to bring the energy and emotion of a song in the studio to the everyday listening experience resulted in a new age for sound entertainment. An array of earphones, headphones, and speakers have married style and function. It doesn’t hurt to be worn by some of the greatest names in music, either.

Hulu is one of the largest streaming apps available today. They supply users with a wide variety of movies and tv shows for their streaming pleasure.

While it was created in 2008, it wasn’t until 2010 that they offered users a subscription model. Unlike its competitor Netflix, Hulu doesn’t create original content, but it does offer consumers the ability to watch live TV for a small fee.

Founded by Elon Musk in 2002, Space X is an aerospace manufacturing company. It is currently the first private company to sent astronauts into space. Their goal is to reduce the costs of space transportation and eventually enable colonization on Mars. While you may want to pump the brakes on packing your bags, their list of successful space missions is proving that the future is bright. And it may be in space.

The biggest online retailer in the world is a big title, one that Amazon carries proudly. Founded in 1994 by Jeff Bezos, Amazon originally sold books. Over 20 years later, they’ve expanded to include video streaming, cloud service, and a wide variety of consumer goods.

Founded in February 2005 by three PayPal employees, YouTube changed the video-sharing world forever. With over two billion users worldwide, its popularity is indisputable. Users can create, share, comment, and add videos to playlists. Events can also be live-streamed on the platform allowing users to watch content as it’s happening.

Before Facebook, instant messaging and email were the most popular ways to communicate and share life updates with your friends. Facebook allowed users to connect and share updates, photos, and videos in a way that had never been seen before. This cutting edge company made a home for itself in Silicon Valley but has offices in Silicon Beach as well.

Millions of people use Google every day to find answers to their questions. Founded in 1996, what originally began as a simple search engine has grown to encompass one of the largest tech companies in the world. Although the main hub is located in Silicon Valley, Google has an outpost in the region, making it neighbors with dozens of eager startups that call Silicon Beach home.

Change The Industry With Rootstrap

The biggest tech companies in Silicon Beach are some of the most successful companies in the world. They are innovative, pioneering and some seemed unconventional at first.

Although these companies all operate across several different industries and mediums, they all have one thing in common.

They need to stay organized and productive.

Most companies use third-party apps to create assignments, communicate, and keep track of projects. While these applications are great, they’re often missing key features that are unique to a company.

Rootstrap provides a solution to this issue through our enterprise mobile application development. Applications are developed with your business in mind to fulfill specific requirements and give all members of your company a direct line of communication.

Contact us to make use of our full-service design and development team.

Business
fastest-growing-companies
Back to Blog