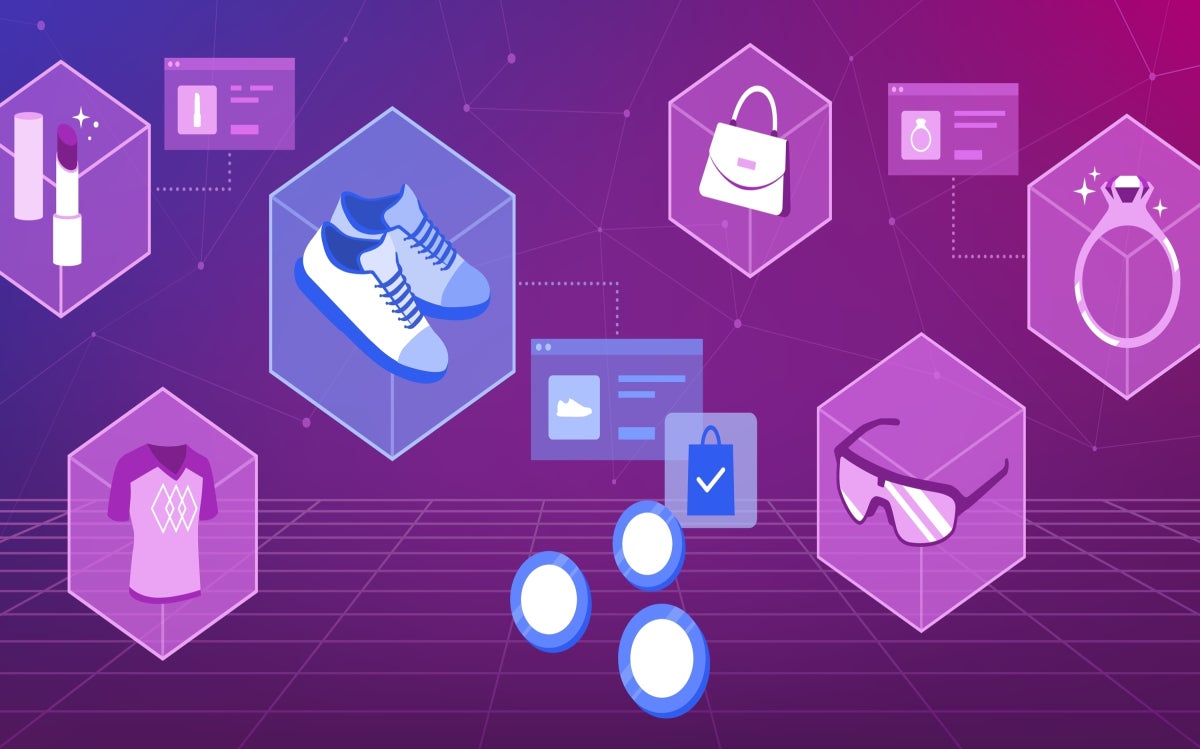 NFTs sprang onto the scene and have retained prominence in the realm of Web3. Although NFTs were designed initially to represent digital assets, they are now being applied to physical types of assets.

This application is fast becoming a source of interest and concern within and outside Web3 industries. Various fields, including fashion, are currently exploring the extent to which NFTs can serve to bridge the gap in product experience between the real and the virtual worlds.

In the blockchain system, NFTs ensure that each token represents a single owner's exclusive right to use digital assets. NFT value is subject to steady fluctuation in response to supply and demand market forces. What sets Phygital products apart?

This article will explain Phygital Technology, how it fits into the larger NFT ecosystem, and how this combination is applied in fashion.

What is Phygital Technology?

Consumer shopping habits are changing, and shifts in consumer behavior are triggering it. Slowly but surely, technological progress has allowed for the digitization of everything from supermarket buying to the cinematic experience and art collecting. The exponential expansion of digital technology is critical to the optimism surrounding Phygital initiatives.

The term "Phygital" is commonly used to describe any service, experience, or product that facilitates the combination of digital and physical aspects. Considering real-world applications of the Phygital concept will help you grasp the potential long-term benefits of Phygital applications. Grocery store pick-ups via smartphones, QR code menus, and Facebook marketing are just a few examples.

If you want to see how Phygital Tech works in practice, look no further than Pokemon Go. Using augmented reality technology, users can go on a hunt for Pokemon in various real-world places. However, Phygital Technology is not limited in scope to only these uses.

Similar to how more than only brick-and-mortar retailers use "Phygital" experiences, the concept is increasingly being applied to other fields. Virtual reality (VR) tours, XR art exhibitions, and digital fashion shows have begun to blur the lines between the real and the virtual.

A digital twin is a virtual replica of a real-world product, service, or operation. A digital twin can be a digital copy of a real object, such as a Hermes Birkin bag, a Schiaparelli dress, or something much bigger, like a skyscraper or a whole city.

Digital twin technology is not limited to replicating physical assets; it can also be used to simulate processes to learn more about them and better forecast their future behavior.

Digital twins can be applied as simulation software that can forecast how a process or product will function by analyzing its input data and learning from its history. Software analytics, artificial intelligence, and the internet of things can all be included in these applications to boost efficiency.

This type of virtual model has become increasingly important in modern engineering due to developments in machine learning and other aspects like big data.

Digital twins are formed through the use of specific technologies, such as NFC chips that are developed by companies such as bircle. They are also created with AI by companies like Veracity Protocol.

In a nutshell, developing one can aid in improving critical manufacturing processes, forestall expensive malfunctions in physical items, and put cutting-edge analytical, monitoring, and predictive skills to the test in evaluating processes and services.

Phygital fashion describes the intersection of the digital and physical worlds in fashion design. A reality that opens up revolutionary new avenues for productive fashion design, manufacturing, merchandising, retailing, and customer experience for all businesses. Some brands are already generating considerable success in the phygital realm of the Metaverse.

Still, it will take radical new ideas, strong leadership, massive investments, and a never-before-seen level of skill and training to complete the iteration fully. The use of 3D technologies, such as digital catwalks and virtual fitting rooms, has become more critical to the success of fashion companies. But this is uncharted territory, fraught with complexity.

The Digital Twin Phygital process merges the physical and digital worlds to provide users with the best of both worlds. Many newcomers to the Metaverse use this tried-and-true method to measure consumer demand for a project: they provide exclusive, real-world twin products to go along with an NFT purchase so that customers get to enjoy both sides of the user experience.

The idea of pairing NFTs with tangible equivalents is being exploited to reach a broader range of consumers worldwide, spawning a new age of anticipation from Tiffany's Cryptopunk necklaces to RTFKT's "Cryptokicks," which was acquired by Nike earlier this year.

According to Morgan Stanley, the luxury goods and fashion industry could gain $50 billion in sales from the Metaverse by 2030.

Whatever their application, NFTs serve as symbols of belonging to a metaverse community. Having tangible twins that can be shown off in real life only adds to their allure.

Fashion Brands in The Metaverse

In 2022, prominent companies, including Adidas, Nike, and Gucci, reportedly made $137.5 million in NFT sales. Some of the moves fashion industry giants have been making in Web3 include:

The divide between the real and virtual worlds continues to lessen, and Web3 ushers in new technical developments, providing regular customers with more ways to express themselves. For example, you may not be able to purchase a Birkin in real life, but it could become an in-game reality.

While centralized exchanges are in a flurry of activity, sales of hardware crypto wallets are rising. Several major fashion companies, like Gucci, Burberry, and Louis Vuitton, have large teams devoted to researching and experimenting in the Web3 domain because they see the potential of the digital market.

So, it will be fascinating to observe how the fashion industry's future continues to play out as we move into a future controlled by decentralized technology, especially as more and more businesses enter the Metaverse every day.

If businesses don't build robust, future-proof digital roadmaps, there will be an onslaught of goalless digital twin applications targeted solely at revenue generation.

The environmental consequences of NFTs are severe since each transaction consumes about as much energy as a traditional American home's daily consumption. Also, additional production and distribution costs may be associated with connecting the real and digital worlds.

Some companies, such as digital luxury label Cult & Rain, are reducing waste in the digital twinning process by switching to made-to-order models to avoid overwhelming the supply chain and leaving tons of unsold inventory.

This is a common phenomenon in fashion retail, where an inefficient wholesale system has led to an oversupply of garments. Direct-to-consumer business models like this one with zero inventory on hand are not just necessary but also feasible.

Consumption, manufacturing, and the associated transportation costs should all be reduced. Sustainable options like this should be examined by brands wishing to enter the virtual arena to ease the strain on supply chains.

With the iteration of Web3, the future holds the possibility that we will engage with media not just with our eyes and ears but also with our sense of touch and smell.

As a society, we're also shifting away from quick fashion and towards more sustainable practices in the sector. Due to the rapid rate at which fashion trends evolve, manufacturers are under constant pressure to come up with fresh, on-trend products, which can lead to excessive waste.

When you include the impending global supply chain shortages brought on by the pandemic, you have a compelling argument for considering virtual clothing.

The elimination of the need to manufacture physical goods is a significant benefit of digital fashion for companies looking to cut costs and win over eco-conscious consumers. Because of the accessibility of the internet and computers, the Metaverse will also help up-and-coming designers break into the market.

Despite the abundance of promotional claims to the contrary, data suggest that investments in digital fashion assets may pay off handsomely.

However, the security of identification and the possibility for community building provided by NFTs and the psychology of scarcity that drives the craze are likely prerequisites for monetization prospects.

There will always be advantages and disadvantages for people who participate in a new trend. As more and more companies take their businesses online, the need to create limited edition NFTs to match with physical products is dwindling (they could release the product as a standalone item).

However, with the metaverse's continued ascent, it makes sense for businesses to explore the space and gauge interest. The idea is to view these initiatives as permanent extensions of the brand's larger DNA rather than as temporary promotional tools.