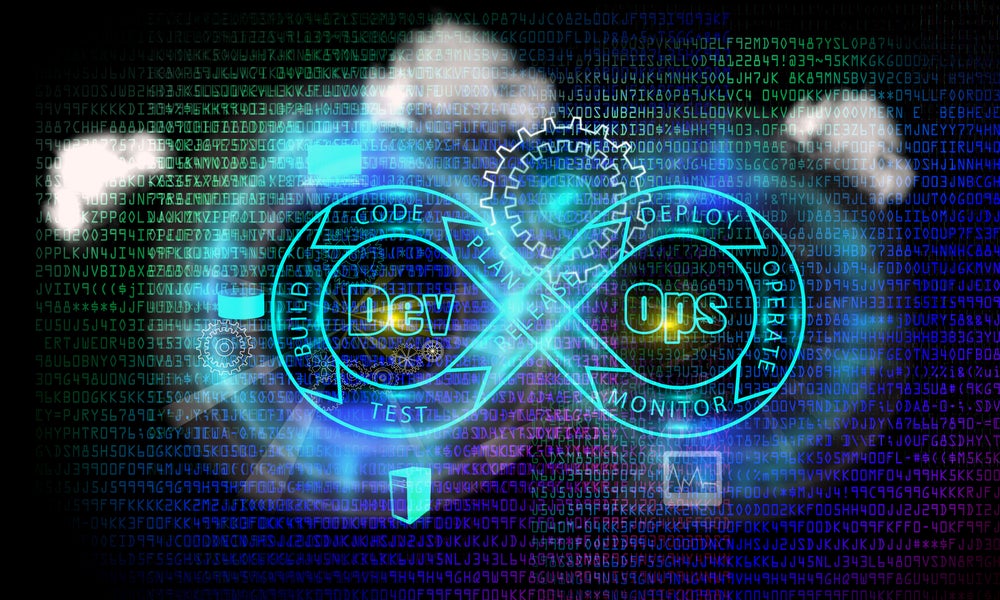 DevOps describes the integration of software production, development, and operations, with a focus on increasing the speed of software delivery. DevOps functions to facilitates effective communication and collaboration between these departments.

The key practices essential to DevOps include continuous integration and delivery, collaboration, and infrastructure as code—all of which are seamlessly integrated via automation tools.

The popularity of DevOps looks set to continue with more and more companies looking to adopt DevOps strategies with IDC predicting the DevOps market to hit $8 billion in 2022.

Why Use Automation Tools for DevOps?

To increase software development and delivery speeds, DevOps engineers rely on several tools to automate mundane and repetitive tasks, freeing themselves up to work on other important features.

Automation tools also decrease the potential for human error that often results from the complex, repetitive operations these tools perform.

Thanks to automation tools, the development system often remains very stable throughout the entire software lifecycle and allows developers to collaborate more effectively.

Below, we will list 10 of the best available DevOps tools that we have selected based on their popularity within the DevOps community, their functionality, and their usefulness in a DevOps environment.

Docker packages code into standard units of software called containers that allow developers to execute their code in different environments. A container includes all the application’s code and dependencies, so the program can be portable and secure.

By using Docker, developers can develop, test, and collaborate on software, without worrying about portability or complex virtual environment configurations.

One of the most commonly used tools in the software industry, Git is a distributed source code management tool that allows developers to collaborate and manage different versions of source code.

With Git, developers can host code repositories remotely and clone them to their local environments to work on independently.

Once they are done with their contributions, they can push the code back to the server to merge with different versions and branches of the software.

Git not only facilitates collaboration, but also tracks all versions and updates, allowing developers and management to see who made which contributions and to revert to older versions if needed.

The most popular CI/CD (Continuous Integration/Continuous Delivery) tool used in the software industry, Jenkins is an automation server that connects to other DevOps tools and automates many stages of the build cycle.

Developers can configure Jenkins to automatically execute a variety of test scripts and generate reports every time they commit an update. Once all errors have been identified and resolved, Jenkins can automatically merge the code and deploy it.

Because Jenkins is open-source and widely used in the industry, there is a large community of developers that can offer quick and accurate support on nearly every issue a developer may face with the tool.

The tool also supports over 1,500 available plugins to extend its functionality and integrate it with nearly every other DevOps tool.

Ansible is a simple, agentless IT automation tool that facilitates continuous delivery by automating cloud provisioning, configuration management, application deployment, and several other IT operations.

Ansible works by connecting nodes and pushing modules to them for execution. The modules contain programs, written in a simple, YAML script, that automate a specific task. Once the modules have been executed on the node, Ansible removes them automatically.

Ansible applies the important DevOps principle of Infrastructure as Code, the practice of treating server maintenance and client infrastructure similar to software development by using version control and continuous integration.

Kubernetes manages clusters of virtual machines and deploys containers to run on those virtual machines, automating the distribution and scheduling of containerized apps across each cluster.

The tool performs regular checks on a system and can help developers identify server issues throughout the software’s lifecycle.

With support for every popular programming language, including Java, Python, and C++, Gradle can help build nearly any type of software, and it’s compatible with many popular IDEs.

Developers can customize Gradle to use in a variety of different projects. The tool also performs much faster than other build tools, such as Maven and Apache ANT.

A powerful tool for IT and security teams, Splunk allows us to make sense of valuable machine data. Splunk helps DevOps developers analyze and visualize machine data and logs from a variety of different web services and devices in real-time.

Because machine data is complex and difficult to interpret, an automated tool like Splunk can be a massive help as it processes all data fed to it and reduces it to the most relevant information for developers to locate and resolve pain points.

Chef is a configuration management (CM) tool that allows developers to deploy, configure, and manage applications on numerous devices.

In development environments where engineers may need to install updates on hundreds or thousands of machines, a configuration management tool like Chef drastically simplifies the process, allowing all updates and configuration tasks to be automated and monitored from a central, master server.

Because configurations are coded in scripts, called Recipes, Chef also provides a method for establishing Infrastructure as Code.

Another Infrastructure as Code tool, Terraform automates the management of both low-level and high-level components, such as network resources and DNS entries.

Compatible with both public and private cloud infrastructures, Terraform allows developers to write state files in a human-readable language that provision and maintain a software’s infrastructure with little work required from the developer.

The right tools automate as much as possible while creating a seamless integration between all processes of the development cycle. DevOps teams need to use tools as part of a larger strategy to reduce all unnecessary manual labor.

Below, we will discuss important factors to consider when choosing DevOps tools:

The best suite of tools automates as many aspects of the development, testing, and deployment processes as possible to free up DevOps team members for other work.

For the most productivity, teams should automate as much as possible in the following processes:

DevOps teams need to find tools that work with each other and facilitate better collaboration between different team roles. Tools with a large array of available plugins, such as Jenkins, can serve teams by connecting different processes.

The right tools also improve collaboration by integrating different processes, such as testing and deployment, to avoid silos in the development cycle.

Occasionally, DevOps engineers can develop individual scripts to connect their tools. However, these scripts may pose problems when scaling an application.

To avoid scaling difficulties, we recommend implementing an application-agnostic tool as a central console to manage the whole environment.

Tools that use cloud technologies often allow developers to use resources more efficiently and scale their applications easily.

Also, cloud providers update their technology regularly and automatically to provide developers with the most recent tools and services.

DevOps has become one of the most popular software development philosophies in recent years because it facilitates speedy and continuous software delivery.

Consequently, assembling and implementing the right suite of automation tools can produce significant improvements in every aspect of the development lifecycle.