How to Manage your Python Projects with Pipenv & Pyenv

A Python virtual environment is an important tool for developers when separating project dependencies in isolated environments. If working locally on several Python projects, developers may need to use different Python versions on each.

By doing this, they will be able to install different packages and have different versions of the named packages for each environment.

However, this can generate a lot of compatibility issues unless you manage them correctly using virtual environments. There are many ways to do this and I will highlight two tools to do so: Pyenv and Pipenv.

In the following image, you can see an abstract example of different Python projects containing the different combinations of packages that you can install:

Many combinations of compatibility issues can be found but by having those isolated environments you can avoid them. You will be able to install, uninstall, update, etc in one virtual environment, without affecting the rest of them. As mentioned, there are many tools to do this, and I will talk about the ones I find easy to understand and use.

Pyenv is a tool used to manage different Python versions. With this tool you can:

On macOS, you can install this tool using Homebrew:

To install it on other platforms, you can watch this section in the GitHub docs. After the installation, edit your used shell startup script (.bashrc, .zshrc, .bash_profile, …) adding the following line:

Then reload your shell startup script. An example if you have .bashrc:

That’s it! You have installed Pyenv successfully.

Now let’s take a look at the possible Python versions that you can install through Pyenv, executing:

You will see a large list of Python versions. You can pick one to install it, let’s say 3.9.1:

You can run that command with any version that you want to have installed on your computer. To see all the installed versions, just run:

You can change that, of course, by executing the command again with the desired installed version. If you want to check your global version, just run:

This will create a .python-version file in the folder indicating the current local Python version for the project. Also, if you run python -V in that folder, you will see the local version, and not the global one.

So, to sum up, you have the following useful commands at your disposal:

Pyenv also allows us to manage environments with a plugin called pyenv-virtualenv. However, I prefer to use Pipenv. Let’s take a look.

Pipenv is a tool used to manage the required packages in a Python project. With this tool you can:

If you use Pipenv in your projects, you will have two special files in the root folder, both generated and changed automatically. Those are:

With Pipenv, is very easy to work on projects with other developers using the same packages and versions as it provides the files containing all that information. Developers must simply run a command to have the same environment in their own computer.

On macOS, you can install this tool using Homebrew:

And that’s it. You’re ready to start! To install it on other platforms, check out this section in the pipenv docs.

Now, let’s look at how to create a virtual environment for a Python project. First, go to the project folder:

This will create a virtual environment and:

This is how a Pipfile recently created looks like:

Under the [packages] section, you will see the installed packages for execution – the ones that your Python program will need to be executed correctly.

Under the [dev-packages] section, you will see the packages that are needed only for development. Also, you can see in that example that the used Python version is 3.7.

And, if you want to use that local Python version, you can indicate that to Pipenv by executing:

Now, what if you want to delete the created virtual environment to create another one? You can do so by running:

Another important thing to remember is to activate the created virtual environment, which you do by running:

As you can see, the package was installed under the [packages] section. As previously mentioned, in the [dev-packages] section you only install what’s needed for deployment.

For example, you want to have flake8 in your project, which is only required by the development process. To install it under the [dev-packages] section, execute:

After that, you will see something like this in the Pipfile file:

Also, what if you need a specific version of a package? For example – Django, not the latest but the 2.2 version. Then run:

Now the Pipfile is updated and will resemble something like:

In the Django package line, you don’t see the “*”, you instead see the specific version indicated in the command. If you need to uninstall a package, for example django-drip-campaigns, just run:

That command will uninstall the package and remove the information from the Pipfile and Pipfile.lock files. Now suppose you need the latest version of Django in your project (not the 2.2 version). To update a package to the latest version, you have to:

Alternatively, you can uninstall Django and then install it again without specifying the version. You can repeat those steps to downgrade a package version instead of upgrading it.

You can do a lot of things with Pipenv, but the previously mentioned throughout are the main features. Pretty easy, right? Now let’s see a summary of the mentioned commands provided by Pipenv:

Now let’s take a look at the summary of the commands after the virtual environment has been activated:

As highlighted throughout, I have presented two different tools for managing Python projects using virtual environments. There are many ways to do this, but I showcased the two I believe to be the most effective.

I really like using both and I hope you are encouraged to try these tools for Python development. Thank you for reading and stay tuned for more useful content. 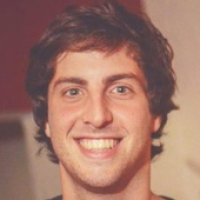