How Nature is Inspiring AI Algorithms 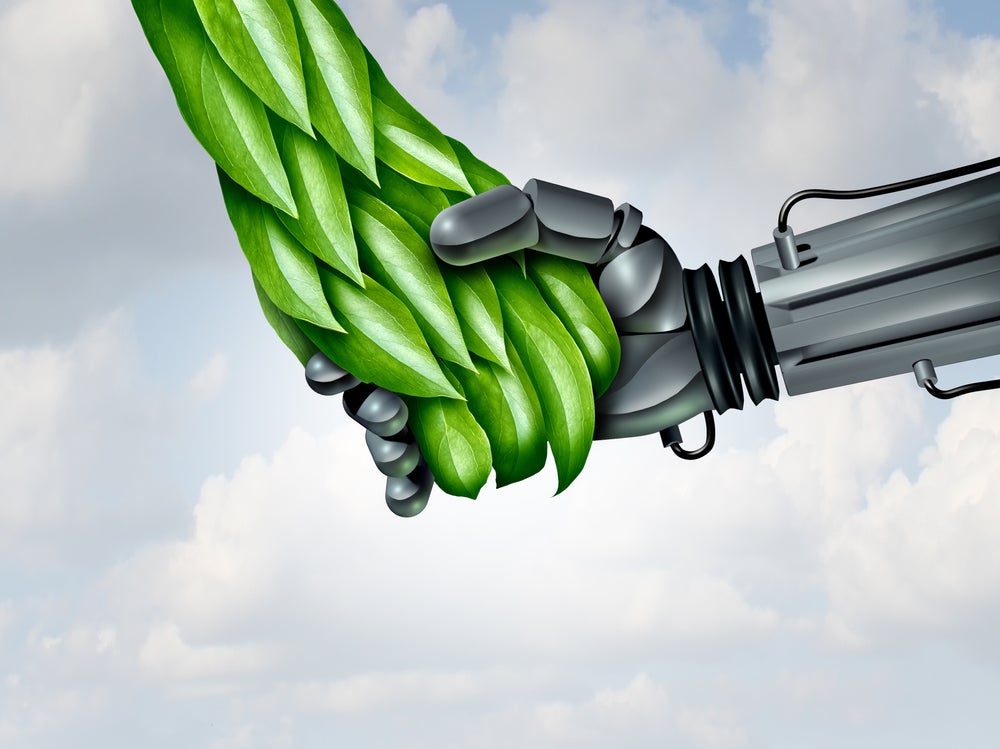 Observing the intricate ways that nature works can give us plenty of relevant ideas to develop solutions to combat our own problems. The reach of AI is far, and so too is its influencers, with nature helping to drive developments in the technology.

Already, many algorithms mimic natural phenomena such as how animals organize their lives, how they use instincts to survive, how generations evolve, how the human brain works, and how we as humans learn.

Computer scientists have even designed many AI algorithms by imitating human intelligence with machines.

In this article, we will take a deep dive into several different AI algorithms that are inspired by nature.

The term Swarm intelligence, first introduced by G. Beni and J. Wang in 1989, describes a self-organization system formed by a group of individuals that interact with each other and their environment.

Each individual in the group serves as a simple agent that follows a small set of rules, and, without centralized control, the agents work together to make intelligent decisions.

The developers of the swarm intelligence algorithm based it off the behaviors of animals such as ants, bees, and birds.

These different animals all have low levels of intelligence when alone, but, when working together, they can all build complex organizational systems and survive.

Engineers have applied this algorithm in robotics, creating robots that execute simple tasks on their own and collaborate with other robots to resolve complex problems.

Several swarm intelligence algorithms have been inspired by specific types of animals such as bees, as seen in the following:

Ants use a form of swarm intelligence to survive. While each ant has a very small brain, they work together successfully to support their colonies.

In particular, some species of ant deposit pheromones on the ground to mark the optimal path for other ants to follow.

Introduced by Dervis Karaboga in his paper ¨An idea based on honey bee swarm for numerical optimization,” the artificial bee colony algorithm is an optimization algorithm based on the behavior of honey bees.

Another nature-inspired swarm intelligence optimization algorithm, BFO mimics the foraging behaviors of bacteria that obtain the maximum amount of energy during their search.

In 2010, Xin-She Yang introduced the Bat Algorithm based on microbats’ echolocation and bio-sonar abilities. The microbats use sounds to detect prey, avoid obstacles, and perceive their surroundings.

The Firefly algorithm is a metaheuristic algorithm inspired by the social behavior of fireflies and their communication through bioluminescent flashes.

The CAB algorithm takes inspiration from animals that form groups to benefit from the advantages of a community.

The CAB algorithm emulates a group of animals that follow rules based on collective behaviors.

As an optimization algorithm, it tries to improve a candidate solution by assessing what individuals know and what their neighbors know.

The paper ´GSA: A Gravitational Search Algorithm´ proposes a heuristic optimization algorithm based on the Newtonian law of gravity:

Introduced in 2009 by Yang and Deb to solve global optimization problems, the cuckoo search algorithm takes inspiration from the brood parasitism of birds in the cuckoo species.

By leaving their eggs in the nests of other birds, certain cuckoo birds developed the ability to mimic the colors and patterns of other species’ eggs so the hosts cannot recognize the foreign eggs.

The evolutionary algorithm (EA) is based on Darwin’s theory of evolution and imitates the natural selection processes of living organisms.

Starting with a random population, the algorithm evaluates the group’s fitness (how well the solution is) to solve a certain problem and selects the best individuals for reproduction.

This cycle continues with the population until the algorithm reaches an optimal solution.

Then, after each iteration, a fitness function evaluates the new generation and selects the best candidates.

Neural networks, or artificial neural networks (ANNs), are machine learning algorithms that mimic the way human neurons communicate with one another.

Neural networks possess several different layers, including an input layer, one or more hidden layers, and an output layer.

Animals and humans learn by trial and error with penalties and rewards. For instance, when a child learns to walk, they fail if they fall (penalty), and succeed if they don´t fall (reward).

If they fall, they stand up and try again until they eventually walk without error. This is an example of reinforcement learning.

In the field of machine learning, reinforcement learning algorithms execute a sequence of tasks in a certain environment with the objective of maximizing the rewards and minimizing penalties.

With each iteration, the algorithm learns what works best given the conditions in the environment. Reinforcement learning differs from supervised learning since the training data does not provide the answers associated with the inputs.

Instead, programmers set the rules for the rewards and penalties, and the reinforcement agent figures out how to perform a given task and obtain the most rewards.

Nature performs many complex functions that scientists are still working to understand. By mimicking certain animal behaviors, we can find methods to resolve problems in our lives and also gain a better understanding of nature.

Learning from nature, we can develop highly efficient solutions to solve a variety of complex problems.

What are your thoughts on how nature is influencing AI algorithms? Let us know in the comments!