An Introduction To Artificial Intelligence 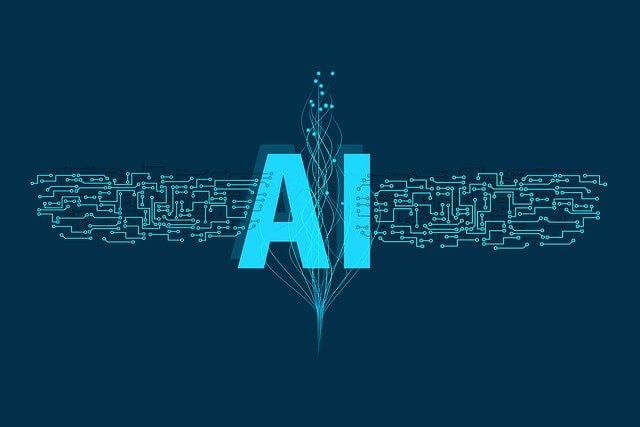 By 2025, it is estimated that the AI global market will be within a touching distance of $200 billion. AI has turned industries upside down and you could argue that we haven't even scraped the surface yet.

The ever-evolving field of this technology can be quite complex. So, in this article, we will provide an introduction to AI, both from a technical and business perspective.

What Exactly is Artificial Intelligence?

We get asked by our clients all the time - what is AI in simple words? It's robots, right? We always tell them the same thing - AI is much more than just robots and has the potential to benefit just about anyone or industry. The following definition from IBM sums it up nicely.

“Artificial intelligence leverages computers and machines to mimic the problem-solving and decision-making capabilities of the human mind.”

It can help to compare AI to how the human brain works.  A human brain consists of over 100 billion neurons. These cells create the building blocks for our thought, behavioral, and reasoning processes. The primary goal of AI is to try to replicate these functionalities as much as possible using computer technology.

There is nothing new about AI as the first research and development activities are dated as far back as the 1950s. Fast forward to the present day, where industries such as cybersecurity are reveling at using it for task automation - most notably for filtering out false-positive warnings, and predicting what the future threat landscape could potentially look like.

However, it’s important to keep in mind that we never fully understand how the human brain actually works. It is highly complex and estimations so far are that we are only at 10% of total comprehension of it.  It's important to note that AI is not just restricted to the human brain, it can also be applied to the brain of an animal that also exhibits higher-level cognitive functions.

Some Technical Details of AI

The Need For Data

At the heart and soul of any AI system is data, and lots of it. Before data can be used in an efficient way, it must first learn from previous patterns and trends to come up with any desired outcome. In saying that, you simply cannot procure a large number of data sets from any resource, it must be reputable and the data must also be cleaned and optimized.

If this does not happen, and observations or hypotheses that are formulated by the AI system could be highly skewed in a negative direction. Not only must you first pump it with tons of data, but it must also constantly be fed with it 24/7 to keep learning on a real-time basis. The datasets that are used for this are known as Structured Data.

There are technical differences between AI systems, and the first of these is what is known as Weak AI and Strong AI.  With the former, the system has been designed to perform a few particular tasks. This is the kind of AI that we see not only in Cybersecurity but in other industries like manufacturing and logistics/supply chains.

This form of AI is also effectively used for Virtual Personal Assistants (VPAs), like Siri, Cortana, Alexa, etc, and will generally be  made up of the following components:

Artificial General Intelligence (AGI): This is where AI can be just as equal to the human brain in terms of problem-solving and even have a conscience of some sort.

Artificial Super Intelligence: This is where the AI system can far surpass the thought and reasoning powers of the human brain.

It’s important to keep in mind that these two examples are still confined to theoretical frameworks. It could take time before even any of it will come to fruition.  However, scientists are actively working on both of these at the present time and this technology continues to evolve. Watch this space.

Some Examples Of AI

As touched on, AI is also being used in other industries other than just cybersecurity, manufacturing, logistics, etc. Here are some examples:

You’ve most likely seen a chatbot or two on your online travels. They are the dialogue boxes or windows that are typically found in the lower right-hand section of a website. With chatbots, you can submit a query, and an answer from a virtualized agent will appear.

When chatbots first started to appear, only limited canned responses were provided.  But many of these bots are now making use of AI and are providing answers much more human-like and realistic to the questions being posed to it.

Today, chatbots driven by AI can instantaneously pull up customer profiles and make accurate recommendations based upon previous conversations.

AI continues to be effectively used by all of the major Social Media platforms, primarily that of Facebook, Instagram, and Twitter.  For example, with the former, Deep Learning is being utilized in conjunction with Facial Recognition in order to tag your friends that can be found in various pictures.

With the latter, AI is being used on a real-time basis to filter out Tweets that contain hateful or offensive types of messages. Instagram (which is owned by Facebook) uses its parent's AI algorithm "DeepText" to understand messages on a human level. Facebook invented DeepText so its platform could read and understand the sentiment and meaning behind the digested text.

The AI powering NASA's latest Mars Rover Mission is being driven by Computer Vision which is a fascinating subset of AI. The Rover effectively uses an AI-powered device as a key part of the mission to traverse the landscape in search of clues.

For example, with this kind of system in place, it can filter out at a very sophisticated level all of the videos and pictures that have been taken thus far to find any possible signs of previous life that could have existed. Music to the ears for NASA's Mission Engineers and Scientists.

Although AI sounds like it can be an expensive and daunting proposition for businesses to deploy, it's actually quite affordable and seamless with the right team behind you.

There are many vendors making their AI solutions cost-effective by offering them on a subscription basis. Even the Cloud juggernauts of AWS and Microsoft Azure offer AI-building tools in which you can create and customize your own solution.

Would you like to work with the latest AI technologies? If so, come join us.