What is a DAO and why are they important? 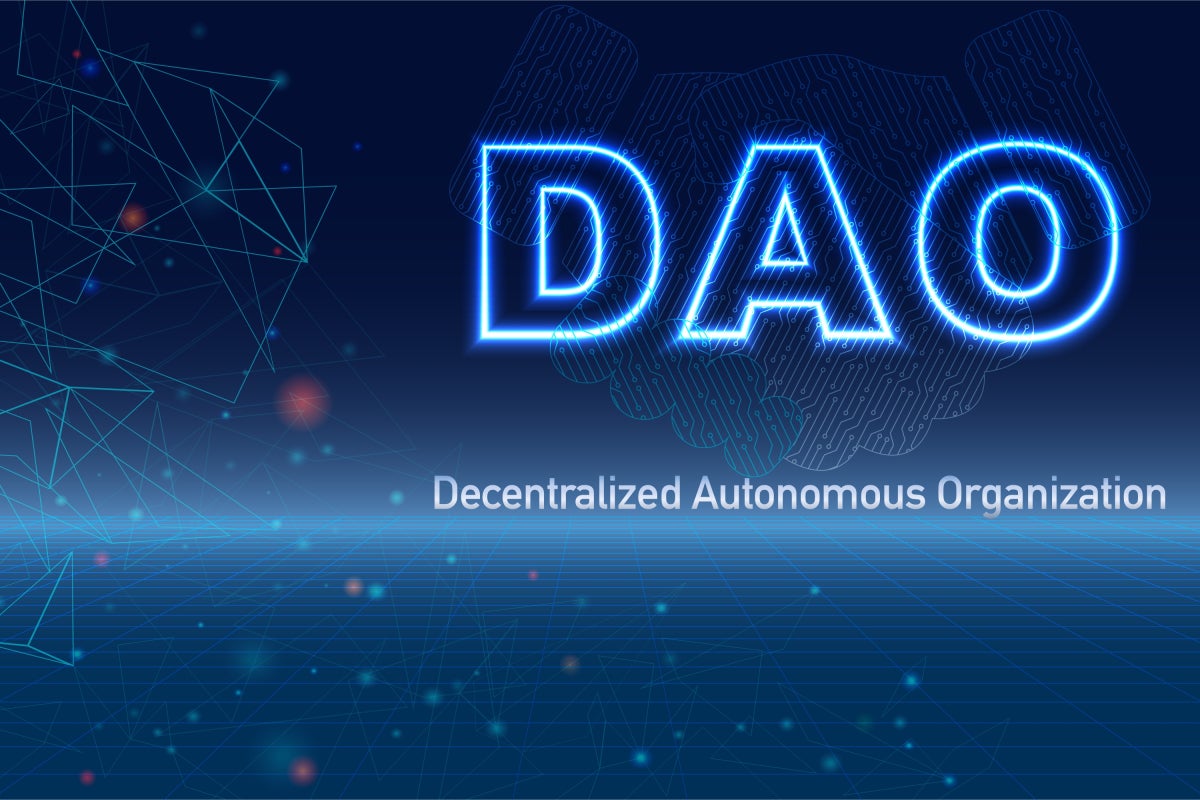 In the last decade, the development of the blockchain has paved the way for many innovations in digital currency and assets, the metaverse, and business.

One such innovation, DAOs (Decentralized Autonomous Organizations), is disrupting how internet-based businesses operate and evolve.

As of June 2022, DeepDao, an analytics engine for the DAO ecosystem, lists over 4800 organizations with a combined total market capitalization of roughly $21 billion.

To understand more of how these organizations work and how they may become a popular model for internet-based businesses, we will look at the following:

Want to work with the latest blockchain technologies? We're hiring!

What is a DAO?

Instead of having a central management team or hierarchy, DAOs provide their members with the collective power to run the organization using smart contracts—autonomous blockchain protocols that perform actions according to their defined program.

DAOs are an important part of the transition from the Web2 to the Web3 paradigms.

To learn more about Web3 and how it could revolutionize our internet, check out our breakdown here.

The Evolution of Business Organizations

To achieve the decentralized, personal internet proposed by the Web3 paradigm, traditional business organizations will evolve into DAOs as they rethink how they operate and manage decisions and money.

All organizations require protocols on how to submit proposals to stakeholders, make decisions, enforce those decisions, manage the organization's funds, and fulfill their purpose. When we think of an organization, for many of us, we imagine a traditional company with a board of directors that serves as the organization’s centralized power.

The board determines the company’s protocols and manages proposals and decisions. In a DAO, a smart contract and the organization’s members replace the board of directors, decentralizing the organization and allowing it to operate autonomously.

Consequently, no one individual, such as a CEO or CFO, can authorize spending or manipulate the books. Instead, the organization’s founders develop a smart contract that defines how members can manage the organization. Afterward, members of the DAO propose and confirm initiatives and decisions, all of which remain public on the blockchain.

The image below illustrates the differences in managerial structure between traditional, centralized organizations and DAOs:

The founders and investors of a DAO design the protocol by which the smart contract distributes governance tokens, as well as determine the voting and decision-making power of the tokens themselves.

Oftentimes, DAOs distribute large quantities of tokens to the project’s founders, developers, and investors to ensure they maintain the most influence. In these scenarios, governance tokens serve a similar function to shares of a public company, allocating decision-making power according to the number of tokens one possesses. Other DAOs may choose to distribute governance tokens equally to users.

Currently, most DAOs have a single token, used both for decision-making and participation in the organization's initiatives. Depending on the protocol adopted by the DAO’s creators, the impact of a user’s vote may depend on the number of tokens they have, or all votes may have the same weight. Token holders may also propose and adopt changes to the voting protocol if they wish.

If users successfully approve changes in the DAO’s operations, the smart contract will automatically adjust to enforce the new decisions and record the changes publicly on the blockchain.

Because of their public and autonomous structure, DAOs offer us a new and improved business model that emphasizes transparency and increased member participation. The table below summarizes the differences that enable these improvements.

Since the earliest DAO began in 2016, over 4000 new organizations have begun operating based on decentralized, autonomous smart contracts. In total, current DAOs manage over $7 billion in assets and provide a variety of services such as offering grants, developing Web3 protocols, and establishing social networks.

Below, we will list three notable DAO examples to illustrate how these organizations employ this technology:

Currently one of the largest decentralized cryptocurrency exchange protocols on the Ethereum network, Uniswap began in September of 2020 intending to prioritize censorship resistance and security while avoiding intermediaries.

The organization now has a market cap of more than $6 billion and hosts over 300,000 members, all of whom can participate in the decisions involving the organization’s treasury, protocols, and features using the $UNI token.

Notable projects built on the Uniswap protocol include the Metamask crypto wallet and the Opensea NFT exchange, both of which we have explored in previous articles.

Decentraland is the first completely decentralized virtual world in which people can build personalities, creative lives, and buy assets such as virtual land. The Decentraland DAO models many principles of the Web3 paradigm by shifting control and ownership of the digital space to its users.

Subsequently, token holders on Decentraland have the chance to vote on updates, land auctions, marketplace fees, development grants, and more.

An exclusive social network, the Friends With Benefits DAO aims to connect artists, thinkers, and creators wishing to collaborate and discuss their visions for Web3 innovations.

To join the platform’s 3,000 global members, acquire voting privileges, and gain access to the FWB discord channel, one must submit an application and buy 75 $FWB tokens (currently around $880).

The future of DAOs

The innovations DAOs provide correspond directly with many internet users’ increasing demand for the principles outlined by the Web3 paradigm, namely decentralization, automation, and transparency. Furthermore, DAOs’ features offer many benefits favored by modern-day workers including:

The ability for users to update a DAO’s original smart contract also allows DAOs to withstand changes in users’ needs. The flexibility of DAOs to adapt and evolve makes them more resilient than traditional business organizations. As such, we will likely see the transition to DAOs as internet developers implement Web3 values.

Decentralized Autonomous Organizations model the increasingly popular values of the Web3 paradigm. They offer users a chance to directly participate in the services they use and automate the process by which organizations change and adapt to users' needs.

Consequently, DAOs remain user-centered while providing more autonomy and power to their contributors. Thus, as Web3 values shape new developments and services, we will likely see more internet-based companies emerge as DAOs on the blockchain.

Here at Rootstrap, we too have felt inspired by the DAO model and began developing an NFT incubator DAO, DAOFY.