You have an idea for a mobile app, and you’re sure it’s going to be big. You’re going to start the next Facebook. The next Snapchat. The next… you get the idea.

But just after the lightbulb goes off for your big idea, you have another thought… what if someone steals my app idea? What if someone else brings your app to the market first? What if your genius app idea is usurped by an undeserving thief?

It turns out, the US has a legal structure to keep this kind of thing from happening: the patent system. Patents are a type of legal license that grants something akin to ownership for an idea or an invention. If you have a novel idea for a new product, system, or process, you can protect that idea by filing a patent. This patent gives you exclusive control over who gets to manufacture or enact your invention, which protects your monetary interest in your invention. Once you have a patent, you can either use it exclusively, sell it to someone else for a lump sum, or license it out to a third party for royalties.

That’s all well and good. But how do patents apply to apps? Is a mobile app really an invention?

Well… yes and no.

Do You Need a Patent for an App?

Before we discuss whether or not you need a patent for your app idea, let’s clear up what it is, exactly, that you’d be patenting.

Because here’s the thing: a patent doesn’t actually cover a mobile app, in itself. Speaking technically, a mobile app is a long string of code. In a literal sense, it’s a document. Patents don’t cover documents, they cover ideas.

But wait, you ask, what about the code? Is that protected?

The code of your app – which is the embodiment of the product you’ve made – is actually protected under US Copyright law. This may seem a little counterintuitive, as copyright law exists chiefly to protect artistic works. Is your app an artistic work?

In the eyes of the US government, it is. Software is protected by copyright as, believe it or not, a work of literature. Imagine printing out the code for your mobile app and binding it into a book – that’s what your copyright protects. And it’s a good thing, because it means no one can copy your mobile app wholesale and get away with it.

But a patent is a different animal.

If you’re applying for a patent for your mobile app, what you’re really patenting is some novel idea housed within your app. This may be a new kind of process used in the software, new functionality that other apps haven’t done, or a new method your app uses to do something. Take note here: the patent doesn’t actually apply to the mobile app itself. The patent applies to

some novel process within the mobile app – you’re patenting the idea of that process.

Take Snapchat, for example. Snapchat doesn’t have a patent for their app, per se – instead, they have patents for specific, novel elements or innovations inside of their app.

Among others, Snapchat has a patent for “Single mode visual media capture,” which describes the mechanism Snapchat uses to have a single button record both photos and videos. Take a look at the abstract:

Essentially, this patent describes how Snapchat lets users tap a button to take a picture or hold the button to take a video. Take note: the patent does not cover anything related to Snapchat, the app. The patent applies to the new method that the Snapchat app makes use of.

With this in mind, we’ll see that not all apps can be patented. A lot of app ideas – even very successful ones – are fairly derivative. They take a number of features and functionalities that have been done before, rearrange them in new ways, and present them in a new app.

For example, Uber and TaskRabbit are very similar on a conceptual level: they’re both network-based apps that connect users who want something with users who can provide it. For that reason, they couldn’t both obtain a patent for this – even though in reality, they’re radically different apps with different functions serving different populations.

However, some apps will still qualify for getting a patent. If you’re really creating a mobile app that takes a novel approach or uses a novel process, you could be eligible for a patent.

So should you patent your app idea?

Ultimately, it can’t hurt. It’s a good, conscientious step to take, and if you really have a new idea, it’ll prevent someone else from putting it out first. If you feel that patenting your app idea is necessary, we say go right ahead.

But for 99% of entrepreneurs, we’ve found it isn’t really necessary. The truth is, most app ideas aren’t all that new. What separates an app that succeeds from one that fails is a good development process, a product that’s suited to the needs of users, and great execution. You can’t patent that, however hard you try.

Our view on patents is a lot like our view on NDAs. They’re appropriate in many cases, but they shouldn’t be top of mind. If you’re 100% sure you have a completely new process in your app no one has ever thought of before, get a patent. But if you think you can get off the ground without patenting the idea, we’d recommend getting something in front of users first. After all, you may find the novel process you were so excited about isn’t what your users want after all – and then what good is that patent to you?

How Much Does It Cost to Patent an App?

Here’s where we get to the hard part. Unlike filing for a copyright, filing for (and getting) a patent isn’t cheap.

The first step of the patent filing process is getting a provisional patent application. This is kind of like a marker to hold your place in line with the patent office. It consists of a simple, high-level description of your app, and while it doesn’t guarantee a patent, it means that if someone else tries to patent the invention (your app) after you file a provisional application, you’ll be protected.

So how much does a complete patent application cost?

The actual price for a patent in the US varies drastically, and it depends on the nature of the invention and the complexities involved. But the fee is just the starting point. The government will charge at least $400-$800 in filing fees, but the pricey part isn’t government fees. It’s lawyers.

Patent law – especially software patent law – is eye-poppingly complicated. This means that unless you have formal legal training, it’s highly unlikely you can file your patent on your own. You’ll have to hire a lawyer.

The first step is a patent search, in which your lawyer will search the patent database to see if your new invention has been patented before. This is a crucial step and could cost anywhere from $2,000 to $3,000, depending on the nature of the application.

Assuming the patent search comes back good, you’ll move into the process of actually filing the patent. Legal fees for this process will look wildly different from one app to the next, and it all depends on how complex the technology is – but for a mobile app, legal fees can easily range from $5,000 to $16,000.

This is why we at Rootstrap are pretty lukewarm on patenting mobile apps. Yes, it can make sense, especially if you have venture funding – but if you’re just getting started with an idea, patenting it is overkill. That money would be much better spent on a Roadmapping session. That way, we can go raise the money to file a patent if we need to.

Should You Trademark Your App Name?

We’ve mentioned app patents and app copyrights, but there’s one more vestige of US intellectual property law to touch on: trademarks.

Trademarks are a kind of copyright, but their purpose is more specific. Trademarks are intended to do what their name suggests: protect the “mark” of someone in their “trade.” Essentially, trademarks exist to protect logos, names, and all the other markers of a brand. You couldn’t trademark your app, per se, but you could trademark the name, the logo, or the app icon.

So, should you trademark your app name?

We feel about trademarks much the same way we feel about patents: there’s nothing wrong with it. In many cases, it’s a good idea. But, honestly, it doesn’t matter that much.

If your name is special to you or you think it gives you a significant competitive advantage, trademarking it isn’t a bad call. The same goes for the logo or any other branding element. However, in our experience, people rarely steal names. And even if they do, your name is not what will make your app succeed.

At the end of the day, the best protection is profit. You can spend months working to copyright, trademark, and patent your app only to find out it never would have succeeded in the first place – and at that point, all that IP protection is wasted paper.

Instead, we recommend getting yourself out there. Get your product in front of users. Get it built. And then, if it looks like your app is going to take off, take the steps to protect yourself legally.

If you’re ready to start that process, Rootstrap can help. Our Roadmapping workshop has helped take plenty of first-time entrepreneurs from an app idea to a multimillion-dollar company.

Let’s find out if you’re the next one. 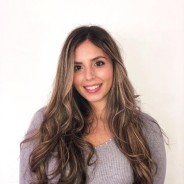 Want to work with Andrea Fajardo? We are hiring :)

How to get started with Figma base components

How to use a Biometric Passport

Web3 Security and its Cybersecurity Risks

The Best Figma Plugins for Designers in 2022

What is Zero Trust and how to deploy it?