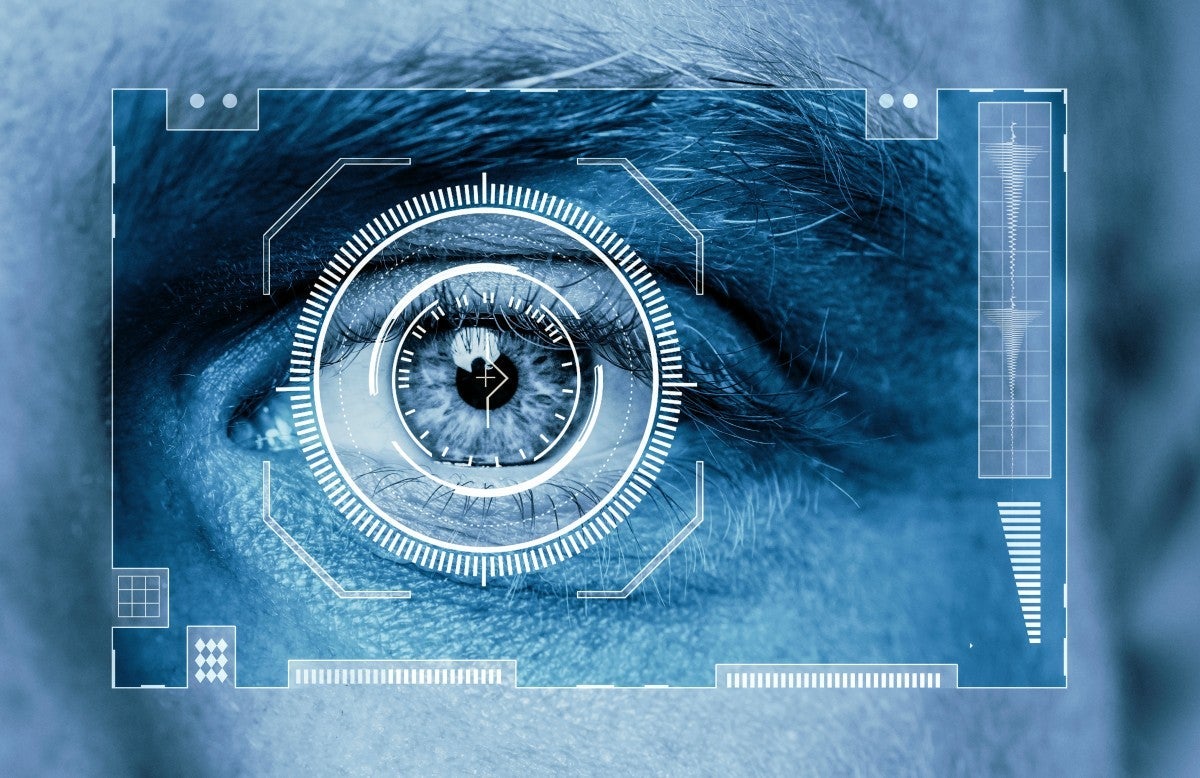 It is said that the retina is to the eye what film is to a camera. Step forward retinal recognition - the ultimate biometric.

Retinal recognition is a form of biometric identification that has been around for close to fifty years and in that time this biometric has developed significantly.

However, certain aspects of the retinal recognition process have prevented it from becoming a mainstream form of biometrics.

This article will run through the complete science of the retina and how retinal recognition technology came to be.

After reading, you should have a stronger understanding of the practical usability of retinal recognition in biometrics.

The Physiology of the Retina

Before breaking down retinal recognition technology, we need to understand precisely where and what the retina is.

There is often a lot of confusion between the retina and the iris. If you want more information about the iris, I recommend checking out our article on the fundamentals of iris recognition.

The retina is the grouping of blood vessels that lead into the eye's optic disc, and from there, visual information is transmitted to the brain for processing via the optic nerve, which lies in between the optic disc and the brain.

In the below image, we can see the eye's retina and the blood vessels reaching around the eye. We can also see the optic disc (the shiny part to the middle left), which forms the optic nerve.

The retina consists of multiple layers of sensory tissue and millions of photoreceptors that transform light rays into electrical impulses. These impulses subsequently travel to the brain via the optic nerve, where they are converted to images.

Two distinct photoreceptors exist within the retina, the rods, and the cones. While the cones (each eye contains approximately 6 million) help us see different colors, the rods (125 million per eye) facilitate night and peripheral vision.

The blood vessel pattern in the retina forms the foundation for retinal recognition as a science and technology.

What is Retinal Recognition?

Retinal recognition is the process of scanning a retina and cross-referencing the imaging with a data set of unique retinal features. It is one of the most unique biometric identification techniques available.

Retinal recognition technology was first conceived in the mid-1970s, but the first retina recognition biometric device wasn’t released until the early 1980s. Even before the device came to market, two famous studies confirmed the uniqueness of the blood vessel pattern found in the retina.

The first study was published by Dr. Carleton Simon and Dr. Isodore Goldstein in 1935 and described how every retina contains a unique blood vessel pattern. In a later paper, they even suggested using photographs of these patterns as a means of identification.

The second study was conducted in the 1950s by Dr. Paul Tower. He discovered that - even among identical twins - the blood vessel patterns of the retina are unique and different, confirming that no two retinas are alike.

Due to the unique features that every retina possesses there were clear advantages to retinal recognition. It was a no-brainer for the tech industry to pursue this unique biometric for identification processes for security reasons. However, as I’m about to discuss in a minute, this technology has minimal market application even to this day.

The Development of Retinal Recognition

The first company to pursue the development and manufacturing of retinal scanning devices was EyeDentify Inc. yes, that was their real name. The company was established in 1976, and its first retina capturing devices were known as “fundus cameras”.

While intended for use by ophthalmologists, they later manufactured modified versions of the camera purely to obtain retina imaging.

However, the device had several shortcomings. First, the equipment was considered very expensive and difficult to operate. Second, the light used to illuminate the retina was considered too bright and uncomfortable for the user to withstand.

During this imaging process, the scanning device captures the reflected light for processing. Meanwhile, several algorithms are used to extract unique retinal features.

Further research and development gave birth to the first actual retinal scanning device to reach the market, the EyeDentification System 7.5. The device utilized a complex system of scanning optics, mirrors, and targeting systems to capture the blood vessel pattern of the retina.

The last retinal scanner to be manufactured by EyeDentify was the ICAM 2001, a device capable of storing significantly more retinal data than previous versions. Unfortunately, the product was eventually withdrawn from the market due to its price and usability.

The process for imaging and verifying a retinal scan is the same as applied to other biometric technologies. The retinal scanning process can be broken down into three steps:

This step involves capturing an image of the retina and converting it to a digital format to be cross-referenced with a database.

This first image acquisition and processing phase is the most complicated. The speed and ease with which this step can be completed will largely depend on user cooperation. To obtain a scan, the user must position their eye right up to the lens and then remain perfectly still as not to blur the image.

On looking into the scanner, the user sees a green light against a white background. From there, the scanner is activated, and a green light moves in a complete circle (360 degrees) to cover the whole eye. Once finished, the blood vessel pattern of the retina should be captured in its entirety.

Depending on the level of user cooperation, the capturing phase can take as long as one minute. Which comparatively to other biometric techniques, is quite a long time.

Generally speaking, three to five images are captured of the retina, so a more comprehensive comparison and matching stage can occur with greater confidence.

At this stage, a program is used to verify the imaging of the retina. Then, to find the exact match within the database, subsequently identifying the user.

As genetic factors do not dictate the pattern of the blood vessels, the retina contains a diversity of unique features. As mentioned before, an image of the retina can contain up to 400 unique data points for the program to utilize.

The unique features of the retina are presented as a template. During the third and final stage of the process, the unique retina pattern is converted to an enrolment template. At only 96 bytes, the retina template is considered one of the smallest biometric templates.

As is the case with other biometric technologies, the performance of the retinal scanning device may be affected by several variables, which could prevent an accurate scan from being captured. A few of the most common reasons for a failed or poor quality scan are:

Lack of user cooperation when imaging the retina

As mentioned before, the user must remain completely still throughout the entire imaging process. Any movement can seriously affect lens alignment and imaging.

Distance between eye & lens is incorrect or fluctuates

For a high-quality scan to be captured, the user must place their eye in close proximity to the lens. Comparatively, iris scanning technology is much more user-friendly; a quality scan can be captured at a distance of up to three feet from the lens for an iris scan.

This will interfere with the scanning process as any obstructions will provide an imperfect image.

The size of the user’s pupil

A small pupil reduces the amount of light that travels to (and from) the retina. This problem is exacerbated if the pupil constricts due to bright lighting conditions, which can result in a higher reject rate.

The future of Retinal Recognition

Although retinal recognition may contain some of the most unique features and data points for confirming an individual's identity, it's still not practical for commercial use as a biometric.

Generally, people highly favor simpler, frictionless biometric methods. Almost all smartphones now use either facial or fingerprint imaging for biometrics, with a fraction of the effort needed for retinal recognition.

Perhaps if the imaging technology becomes less evasive and easier to implement, then retinal recognition can finally put the eye into identification.