How Micro Frontends are increasing Productivity in Frontend Development 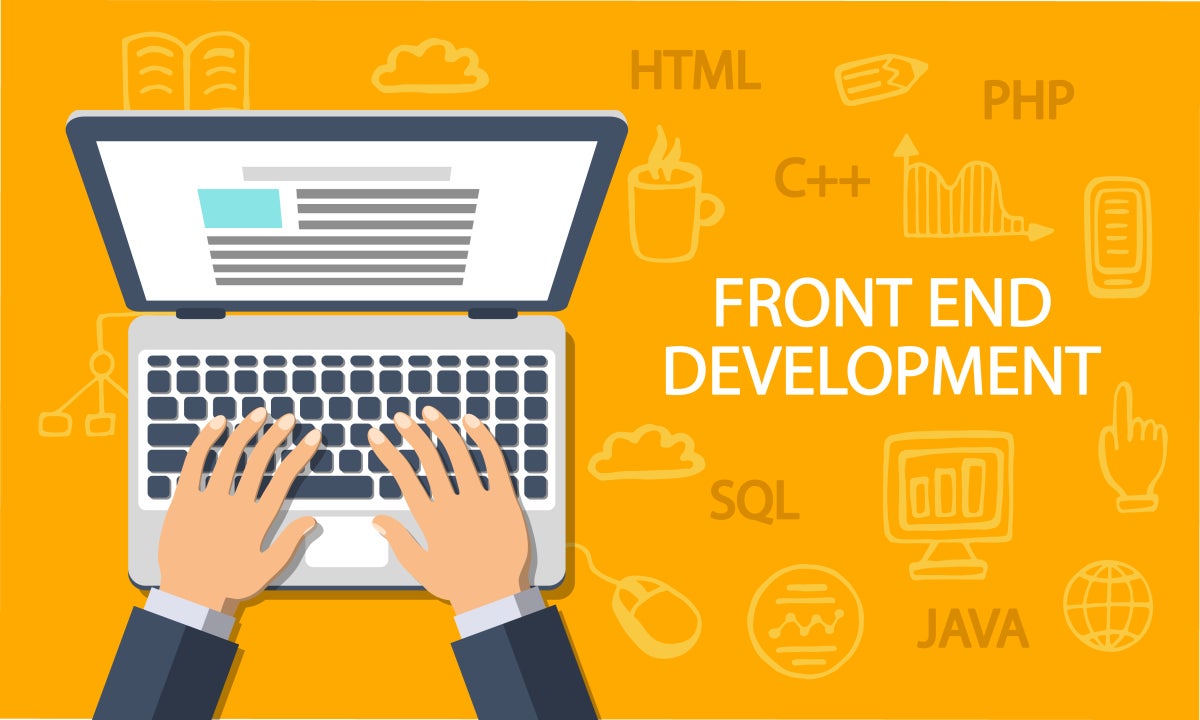 Earlier, web applications were often a single monolithic structure. Later, the application was organized as a decoupled backend and frontend monolith. Such a pattern proved useful for simple applications.

However, this has primarily mainly affected the backend process, whereas frontend codebases — despite their steadily growing complexity — have remained unchanged. But, in recent years, teams have started to use micro frontends as a way to bring the concept of microservices into the frontend development process.

This is why companies such as Fiverr, IKEA, Microsoft, Starbucks, etc., are increasingly relying on micro frontends for their applications, with a lot of this being achieved using React.

In this article we will explore the following:

Micro frontends were first launched in 2016, and its purpose was to enable the fragmentation of the monolithic frontend into smaller, separate and distinct frontends, thereby isolating the functionality from the frontend and producing autonomous services that communicate with one another.

Micro frontends are now being utilized by a variety of sizable businesses across a variety of sectors. As businesses grew, the requirements to pace up with the customer demands started changing.

There was a requirement for complex functionalities to stay ahead in the competitive curve. This loaded the backend as the size of the codebase became unmanageable. Therefore, to efficiently manage the backend of the web application, microservices were introduced.

Microservices introduced a streamlined and accelerated development process where the entire monolithic backend was sliced into smaller, independent chunks, and a dedicated independent team handled each chunk.

This concept was further applied to the monolithic frontend to improve team agility. The frontend was sliced into smaller micro-apps. This helped in structuring teams vertically around a specific business function, resulting in more productivity.

Microservices are typically owned by smaller teams and are structured so that they revolve around the capabilities of a business. These are relatively simpler apps that can be designed, tested, scaled, and deployed all on their own with only a single point of oversight.

The innovative method of software development known as microservice architecture makes it possible to construct applications by employing modules that perform a single function and have interfaces and functions that are well defined.

An application built on a microservices-based architecture is structured as a collection of services that are easily maintained, only loosely connected, and may be independently launched.

Some researchers believe that these architectures can be viewed as a successful implementation approach to service-oriented architecture (SOA). Different versions of huge, complex systems can be delivered often and reliably via architecture based on microservices.

Applications should be scalable enough to acquire future enhancements and requirements. Achieving these goals may be cumbersome and tedious with a monolithic frontend.

Applying a micro frontend design allows developers to build more interactive, more manageable, and more scalable frontends. With micro-frontends, you can decouple the app’s functionalities and streamline the frontend process around every business’s goal with a focus on every stakeholder's needs.

What is Module Federation Software?

Module Federation is a JavaScript architecture that allows two different codebases to share code and dependencies. The architecture is used explicitly on micro frontends. (Micro frontends split an entire frontend of an app into smaller, more manageable pieces that work together.)

Module Federation architecture makes developing micro frontends more efficient because it can dynamically share necessary code between micro frontends. Which removes the need for code duplication or external custom library management. The new architecture has around 3,500 stars on GitHub.

Module Federation is part of the Micro Frontend Revolution meta trend, and as a result, “Micro Frontend” searches have increased by 3133% over the last five years.

To develop large web applications that are dispersed over multiple servers, it makes sense to develop an architecture that is built on microservices. The monolith team is broken up into several independent teams when this sort of architecture is used.

This helps increase scalability, code complexity, and other aspects of the program because each independent team works on a different part of the application in their own right.

Therefore, each team will be responsible for their specific business feature and will create it from beginning to end, beginning with the user interface and working their way up to the underlying database.

Codebases can be made more workable for teams by first splitting them up into multiple micro frontends. Working on vast codebases becomes increasingly tedious as more bugs need to be fixed, and the complexity of the local development configuration, as well as the management of delivery risk, can be detrimental to the productivity of a team.

By having small applications that are only dedicated to key functionalities, teams can concentrate on relevant code without having to stress about how the modifications may impact other aspects of the product.

Additionally, it is simple to create new development teams if they are required. Because of its modular design, micro frontends are extremely easy to update so that it meets the requirements of your company or the latest trends in the market.

When the need arises, it is much simpler to update certain aspects or include new functions when the architecture is loosely coupled. The creation of end-to-end functions can be divided and distributed to an infinite number of teams, who then can autonomously and quickly build, launch, manage, and operate their respective solutions.

Because there is no connection between the frontends, the intricacy of the entire system will not increase in proportion to the number of frontends you have, and your organization will be able to scale without seeing an increase in the amount of coordination required.

It is not necessary to completely upgrade the frontend at a time. You might, alternatively, simply upgrade the module that is required to be up-scaled at this time, and then continue updating when your company's requirements shift.

Because of its flexibility, a new micro-frontend can employ a new web framework, which makes it possible to do step-by-step upgrades.

Instead of investing in a hazardous, one-time major launch of a complete app overhaul, teams may choose to implement innovation on an incremental basis if a total update is required.

And with how quickly the front end tends to require innovation, updates are inevitable and so this approach also applies to future upgrades.

Because each app is broken into a distinct Micro frontend, even if just one feature of a business app is not loading quickly, this will not impair the efficiency of the program as a whole.

This event provides the opportunity for certain elements of a page to load faster, which enables visitors to engage with the site before all functions are loaded or requested, which in turn results in faster replies, less browser code, and improved total load speeds.

There is no need to completely restart the frontend application if an issue arises, which is one of the most significant advantages offered by the Micro frontend architecture in comparison to the conventional monolith structure.

If a particular application crashes while it is being run, the app shell can identify this and provide the user with information regarding the problem.

If any problem arises, there is no need to completely shut down the frontend to rectify it. You might, alternatively, fix the module that is malfunctioning while the remainder of the app continues to function normally.

Testing is simplified when using Micro frontends because it relieves the developer of the responsibility of running the entire test suite every time. Testing is made much easier, and it is no longer necessary to make changes to the application as a whole whenever there is only a minor adjustment.

Changing one component of a monolithic application may have several unintended consequences, one of which may be the need to change another aspect of the application.

As a result of the application being limited to just one domain, testing becomes much simpler and will not have any effect on the program as a whole.

The adoption of the design of the micro frontend also results in significant improvements to the development process.

Because of this architecture, we can have more nimble and self-sufficient teams that work on a variety of features, and the entire process of development and deployment moves forward more quickly.

When separate teams are used in the frontend development, the development, debugging, and delivery cycles become more streamlined, which contributes to the construction of more resilient applications.

The complexity of today's current online applications seems to increase daily. Understanding, developing, testing, and deploying larger applications is made easier by using the micro-frontend technique.

The web app ecosystem seems to have embraced the micro frontend architecture as a means of addressing the constantly evolving business app needs.

Even though it is on-trend and deserving of attention, it is not necessarily appropriate for every situation. Therefore, micro frontends are a helpful strategy for developers who need to scale and manage their apps, and are a good option for businesses who find themselves with a frontend codebase that is both complicated and slow.

An application that is likely to encounter a considerable amount of problems, which necessitates the division of the codebase into distinct functions, and the implementation of the appropriate logistics to provide solutions that are of high quality, on the cutting edge of technological advancement, and implemented quickly.

What are your thoughts on micro frontends? Do you think they can increase productivity in frontend development? Let us know in the comments!