It’s hard to read a tech article at the moment and not hear about the internet revolution that is Web3. Although still in its infancy, there is increasing scrutiny on how Web3 will develop over the coming months and years.

One key point of discussion is the overall safety of Web3 and what kind of security risks remain unresolved in its framework. Which raises the question: is Web3 security better than our current Web2?

With the development of the metaverse in full swing, the combination of these two technologies supporting one another could change the cybersecurity landscape as we know it.

This article will examine the Web3 cybersecurity risks prevalent today and the overall Web3 vulnerabilities that still need to be addressed. Before we get into the weeds of Web3 security, I will take a quick minute to understand what exactly is Web3.

To understand Web3, we should take one step back and outline what the internet was like in version one and version two to give us a complete picture of where we are today.

Web1 was the earliest web iteration where only a few people or companies created content, and the vast majority of users would consume that content. This was primarily done through static web pages hosted by a couple of service providers.

Web2 is what we currently use and is a far more social internet where users can create, share, and collaborate. However, only a few companies own the platforms and infrastructure we use, such as cloud hosting with Amazon, Google search, Facebook, the Apple App store, and payment processors like Stripe.

Web3 is perceived to be the next iteration of the internet because it removes all of these companies and middlemen and lets users interact with each other directly.

However, with all of this freedom comes security concerns and raises the question of how safe is Web3 for everyday users? So let’s break down the most prevalent Web3 security risks today.

There are a lot of concerns and risks around Web3 and blockchain tech. For Web3 to truly flourish, many of these risks must be addressed before mass adoption begins. Some of the more prominent risks include:

Each of these topics has quite a lot to unpack, so let’s take some time to break down these significant Web3 security risks.

Hacking into the Smart Contracts

One of the main innovations of Web3 is the ability to create and execute smart contracts. Smart contracts are programs or scripts that run on a blockchain whereby pre-established rules execute once specific criteria are met.

This can raise serious ramifications for users. For example, there is no legal precedence for protecting smart contracts comparable to the traditional business contract. In many cases, any money users lose will never be recovered or insured.

Unfortunately, because there is a high demand for blockchain tech, many smart contracts are built quickly and haphazardly.

This poorly written code can and has been easily exploited by attackers. Once a smart contract has been compromised, it’s easy to hijack the confidential data that is being stored.

It’s up to the due diligence of the engineering team to make sure any code that is going to be shipped has gone through the proper testing and QA processes for security risks.

The risks of cryptojacking

Cryptojacking is quite a deceptive and increasingly popular form of cyberattack. Since Web3 uses the blockchain, there are greater risks of devices being hijacked to mine cryptocurrency.

In cryptojacking, the attacker remotely taps into the processing power of your device so that they can mine for cryptocurrency without you ever knowing.

Web3 has no regulatory best practices

As mentioned earlier, one of the goals of Web3 is to protect the Personal Identifiable Information (PII) of the end-users. While the technology is inherently built for anonymity, no existing regulation exists to protect users.

Currently, no outside third party oversees the work of the entities involved in the further development of Web3.

Additionally, Web2 is mainly dependent upon the cable companies and the ISPs to ensure that the Internet is available, with an almost 100% guaranteed uptime and accessibility.

Currently, the access to Web3 is administered through the organization building and maintaining the Dapps and contracts of that particular blockchain. If something were to happen to the services and apps on the blockchain, there would be no legal recourse for users.

The concerns of information quality

While there is an implicit level of trust for the information presented in Web2, there are no guarantees that this will happen for Web3.

This quality issue raises the question of just how accurate the information you receive will be. It’s a well-known fact that Web2 is having huge problems with disinformation campaigns instigated by governments and media groups.

These vulnerabilities could become exacerbated in a more decentralized environment.

The manipulation of data in Web3 Dapps

In many Dapps and smart contracts, the developers rely heavily on Artificial Intelligence (AI). To properly train an AI on a problem, there is the need for a significant amount of high-quality data.

If the Dapps or smart contracts are not properly secured, it could present another form of vulnerability for a malicious third party to exploit.

A third party could manipulate or ransom the AI system by uploading poor quality or corrupt data, further highlighting the importance of data in AI.

While the concept of a mobile wallet is not new, its usage has increased exponentially with the advent of Web3. While it has been proven relatively safe to use on Web2, many questions remain unanswered regarding its stability on Web3.

Suppose a cyberattacker manipulates a smart contract, in this case the virtual currency in the end user’s mobile wallet could easily be wired to another account.

In 2021 the DeFi protocol Cream Finance was compromised, and an estimated $148 million was stolen from virtual wallets. Then to make matters more complicated, since there is no audit trail, it was next to impossible for those users to recover their money.

When will Web3 become mainstream?

Web3 still has a lot of potential growth, and enormous strides have been made to create infrastructure to support this new age of the internet. Though for mass adoption to begin, people must be able to trust Web3 as a secure and legitimate technology.

Web3 security is the most significant hurdle

Despite the advantages that Web3 can bring to the table, it is still overshadowed by the security risks leaving Web3 vulnerable.

The primary points we talked about are some of the most critical issues that need to be addressed before Web3 can go mainstream. Those points were:

Whether for the better or the worse, Web 3.0 will eventually be the de facto standard for accessing the Internet.. Another main concern with it is that since it is so much more technology-dependent, it will only easily increase the attack surface for the hacker.

Now, Web 3.0 is starting to evolve and take root. This version makes heavy usage of AI. You can use and manipulate various 3 Dimensional and other kinds of visual representations. One of the primary objectives of this version is to bring the machine that exists in the virtual world and the human being into one harmonious fashion, in order to create a seamless web experience.

Also, data privacy has been addressed here, by making use of advanced encryption algorithms. In the end, Web 3.0 is meant to be decentralized so that all end users can have a fair chance of getting the information and data that is harnessed by it.

But despite the advanced techniques that are incorporated, there are still some cybersecurity issues that still persist, and need to be addressed.

If you would like to read a great write-up about Web3, I would suggest the Bennett Institute for Public Policy article outlining Web3 and its sections on the security risks of Web3. 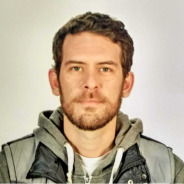 Pablo Blanco is a Full-Stack developer on the Rootstrap team and writes about his experience with ethical hacking and information security. You can also follow Pablo on LinkedIn.

Want to work with Pablo Blanco? We are hiring :)

How to use Rollups with Ethereum 2.0

An introduction to Polkadot Vision

How to Mint NFTs with Solana’s CandyMachine

A look into The Blockchain & its Security Issues