How to customize fonts in React Native

At Rootstrap, my first assignment was to develop a React Native application, that involved maps, chat, and following the design specifications to the letter. While doing this, one of the first things I tried was to set the family font that the application uses, and I found out it wasn’t as easy as I expected.

The biggest issue was that all the tutorials said to execute react-native link, which in my experience was a bad idea because afterwards the application stopped building successfully. This occurs because since React Native 0.60 released, there is a property called Autolinking that changed how to link a library, as this post explains.

In this tutorial, you will learn how to add and link fonts manually, without using the link command.

First, you will see all the configurations that need to be done to use custom fonts and then you will learn its usage in a simple application.

First of all, you should create a project in react native. To do that, open the terminal and navigate to the folder you want to create your project in, and execute:

After creating the project, some libraries need to be installed:

Since this is a tutorial about customizing fonts, you will need to have some fonts downloaded, in order to add them to your React Native project.

There are many places where you can get these customized fonts. For this tutorial, I used two different fonts, GoodFeelingSans and Dan’sDisney. In both cases, I ended up with a .ttf file.

To use your custom fonts in a React Native project, each platform requires a different configuration, but there are also some general configurations all platforms need.

In both cases, you will need to create these folders in your project’s root: src/assets/fonts. Inside the fonts folder, you should add you custom fonts .ttf files, one for every font you want to use.

In Android, you need to add this folders into android/app/src/main/ : assets/fonts. You should also add your ttf files to the fonts folder.

In iOS, the configuration is a little more tricky. You need to go to ios/ folder and open the customize_fonts_react_native_tutorial.xcodeproj file with Xcode.

Afterwards, you need to press on customize_fonts_react_native_tutorial -> Build Phases and find the Copy Bundle Resources section.

You should add your fonts by pressing the plus symbol, then Add Other… option, select your fonts from your src/assets/fonts folder and Finish.

Finally, after all these steps you will be able to use customized fonts in your React Native project.

As an example, you can create a very simple screen, just to test everything is configured correctly. Add in src folder App.js and styles.js files.

Also modify index.js to point to new ./src/App instead of ./App.

In this app, you are using the react-native-global-props library to set a custom font as default, in case you have an entire app with some default font. This is not necessary if you don’t need it, you can just set the custom font only in the texts you want. Note how you can still do this even if you define a default custom font. Also note that there are two different default settings, one for the Text component and another for the TextInput.

In this tutorial, you learned how to add, link and use custom fonts in React Native. You can find the GitHub project here. 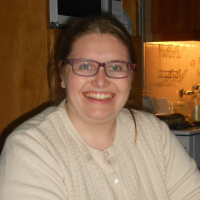